Avira is a German publisher renowned for the reliability of its paid or free security solutions for private individuals. Avira is present on all fronts, including mobiles and computers (Windows and macOS). Does Avira’s free protection solution for Mac live up to this reputation? This is the purpose of this test. 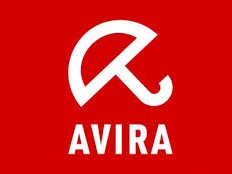 Avira Free Antivirus is available through the Avira Installer download tool. This tool will retrieve all antivirus installation data from the publisher’s servers. This data is just under 180 megabytes and should not monopolize your disk space.

For its operation, the tool requires several permissions such as full access to the hard disk and system. It will therefore be necessary to go to the system preferences to validate these authorizations. Novice users can go without fear: Avira will guide them step by step by indicating the steps to follow.

Moreover, as far as taking charge of the program is concerned, it is very accessible. It is presented in the form of a single window and its ribbon allowing access to the various menus. macOS requires, the interface of Avira Free Antivirus has literally nothing to do with its PC version. You will not find convoluted menus or home screens that redirect you to other software from the publisher. On Mac, the Avira user has to settle for the essentials: protection, and that may not be so bad. But what is the program really worth?

As mentioned above, the antivirus features are less numerous on its Mac version than on its PC version. The software still includes three protection modules in its free version:

The fourth module, the USB scanner, is only available in the Pro version of the program.

In addition to these three main options, Avira Free Antivirus has a scheduler to schedule automatic system scans.

In terms of detection performance, the program is very responsive and instantly detects potentially malicious files when they are manipulated or simply when they are present on a USB storage device connected to the machine. The real-time protection shield does its job effectively, even against Windows malware. A good point, especially if you regularly use a USB key that will be connected to both OSes.

Detected objects are instantly quarantined or deleted. For some of them, Avira requires the user’s intervention. During the contextual analyses, the program again proved effective in detecting all the malicious samples we had submitted to it. The program is able to locate objects even when they are in archives.

We also performed a complete system analysis, and again Avira Free Antivirus was very convincing in detecting all malware and other potentially unwanted objects.

Very lightweight, the program does not overly exploit the system’s resources. The performance of our good old Mac mini test, has not been affected by the program even during long analyses.

Avira Free Antivirus is also delivered with the German publisher’s in-house VPN: Phantom VPN. The tool is strictly identical to its Windows version. The program offers about ten servers in about ten countries. Unfortunately, in its free version, Avira Phantom VPN is very limited.

It only offers 500 MB of data/day for navigation. If you plan to use it to protect your P2P exchanges and downloads, you will need to switch to the Pro version of the product. The other drawback concerning the VPN is the absence of a Kill Switch, which does not protect its anonymity in the event of a break in the connection with Avira’s VPN servers.

Despite its rather cursory appearance, Avira Free Antivirus on Mac remains an effective solution. Reliable and lightweight, it has been very reactive to different types of threats. Very intuitive and relatively easy to learn, this free antivirus holds its place as a sure bet.

Like its PC version, Avira Free Antivirus for Mac does not include any web protection against phishing or encryption scripts. Users are therefore exposed to the dangers of the web and will have to be satisfied with the native security of their browser, or dedicated extensions. Web protection is only available in the paid version of the product.

However, Avira Free Antivirus mac has freed itself from the slags of its PC version and its slightly outdated and not very intuitive interface. The other downside is that the VPN, with its 500 MB of data, is a simple call product. Avira Phantom VPN is also not available in the pro version of the antivirus. It will therefore cost at least €5.00/month to get its full version.

Our Comparison Chart of 7 Antiviruses for MAC