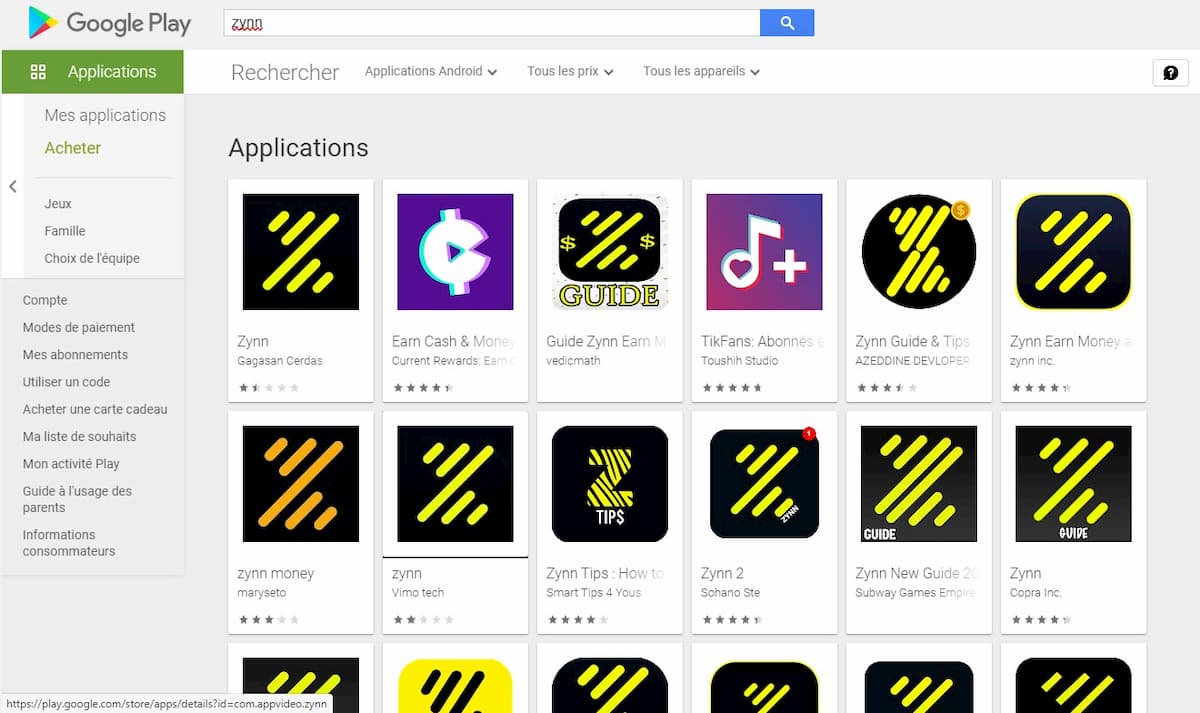 Zynn : attack of the clones

For the most part, these applications appeared a few days after Zynn was first published on Google Play last May. They all have in common that they use Zynn’s visual identity (logos, screenshots, etc.). They come from different developers and some of them have thousands of downloads. Some developers even go as far as duplicating the entire description of the original product.

Since the original application has been removed, its clones are logically downloaded in bulk by users who think it is the legitimate version of Zynn. By the way, we can’t really talk about a clone. In reality, these applications are just advertising vessels with only one goal: to make quick money by taking advantage of Zynn’s popularity.

Once launched on your smartphone, these apps will continuously load advertising pages that you will have to click on to continue your so-called Zynn registration. In reality, the fake apps simply use screenshots of Zynn to fool users.

This practice is common on Google Play Store. All popular applications are systematically duplicated by opportunistic developers. Despite a tightening of the rules for submitting applications on its platform, the Mountain View firm has not managed to stop this scourge. Indeed, even if they are deceptive applications, in the vast majority of cases, the files downloaded do not include software considered malicious. These applications therefore easily fall through the cracks, and it is clear that this model still has a long way to go.

Therefore, we recommend that you remain vigilant, even when downloading applications from the Google Play Store. Some reflexes allow you to quickly spot this type of purely advertising products:

Finally, if you’re looking for Zynn and its installation guide now that it’s no longer available on Google Play, take a look here :