Discover Chinese culture on the occasion of the New Year

The Chinese New Year falls between January 21 and February 20 each year but never on the same date. The semi-lunar calendar used is also known for its animal horoscope, which places the goat, snake, dragon or dog, among others, as a totem from year to year and influences the behaviour of individuals, if one is superstitious. However, the Chinese New Year could be an opportunity to discover even superficially an extremely rich culture that is not limited to noodle cooking. 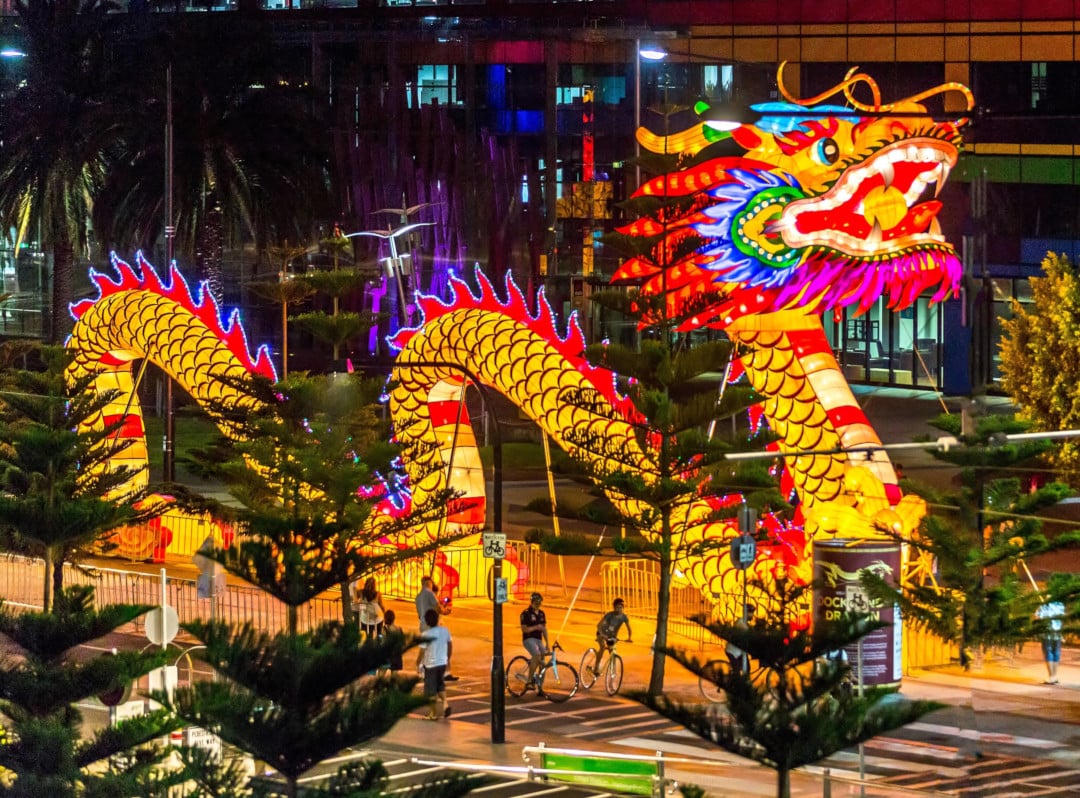 Would you like to know the dates of the past and future days of the celebration of the Spring Festival? We propose this document which lists the days until 2020, which is not bad enough. If you want to have a Chinese calendar worthy of the name and perpetual, we also offer you one, less decorated than the one often offered in restaurants but much more detailed.

It is customary to wish each other a happy New Year with the help of cards, as in many countries. This application allows you to send your wishes in Chinese style, and especially to decorate it with the animal that corresponds to the year. On the Google Play and AppStore stores, there are dozens of applications that do more or less the same thing, we have only selected one but you have a wide choice. Want to know everything about the Chinese New Year, celebrations and customs? There is nothing better for that than to immerse yourself in a neighbourhood party, if it is organized not far from home or in Paris, in the Asian neighbourhoods. Alternatively, you can still download this application from China Informations, which distributes several software programs on this page. Otherwise, it is customary to slap a few firecrackers to celebrate the change of year with dignity. Rather than risk losing your hearing and sense of smell for 15 days, we offer this small application that plays the sound of leisure explosives. Finally, the official application of China Informations will give you enough information all year round to decide to deepen your knowledge on the subject and why not pay for your plane ticket….

There are as many Chinese languages as there are fingers on 2 hands. From this point on, it is difficult to be able to boast of being fully bilingual in Chinese, even though Mandarin is the most widespread. There are many applications for language learning, but some focus on certain dialects or important points. Among other things, there is this Franco-Chinese dictionary, which claims to be the largest base of bilingual insults! Perfect if you want to celebrate the New Year at the police station or hospital….

Alternatively, you can also specialize in Mandarin with this program dedicated to it and very fun.

Or learn 6000 common vocabulary words, so you can start on a good foundation and make yourself understood if you need to go to the toilet or drink a glass of water.

Finally, you can and should immerse yourself in Chinese cuisine, which is very different in different regions and includes ingredients that are sometimes difficult to find…and swallow. However, this would be depriving oneself of exotic delicacies and that is why countless applications of recipes are limited to Chinese cuisine. For example, the free Chinese recipes in this program are very numerous and above all very varied: No risk of getting tired of it. Find other Chinese inspired software and applications on Logitheque.com