Home » High-Tech » Disney Plus: It is already possible to download the app, but it is not available to everyone

Disney Plus: It is already possible to download the app, but it is not available to everyone 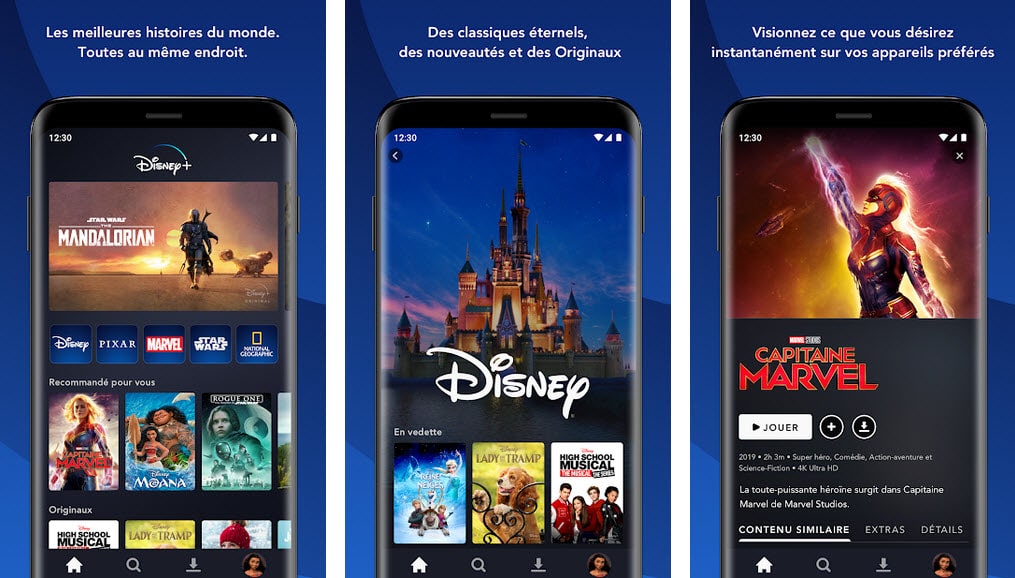 Update of November 12, 2019: The Disney+ application is now available for download in the United States, Canada and the Netherlands. Users have the possibility to test the streaming service for free for 7 days.

Two methods are available to you:

How to easily install the Disney+ APK?

If you choose the first method, click on the link below to retrieve the official Disney+ APK. You will also need to install the “Config” and “Config.xhdpi” files for this to work.
If your smartphone is equipped with an Android version prior to Android 8.0, you will need to allow applications from unknown sources to be installed in its security settings. Remember to disable this setting once the installation is done.

You can also download Disney+ by simulating your geographical position. As the application is only available in a handful of countries, you only need to use a VPN with a Dutch, American, Canadian or Australian server to bypass the geographical restriction of Google Play.

Once your VPN is activated, clear the Google Play application cache to access the Dutch catalogue. In some cases, it is better to use a second Google account for this method to work. If, despite everything, the application does not appear in the catalog, you simply have to open the Disney + Google Play link method while being connected behind the VPN.

Disney Plus Android: what you need to know

Here is the information you need to know about the Disney Plus application on Android:

The text contains slag when using a VPN

In conclusion, be patient. The next phase of the launch of Disney+ will start next March in Europe.

NB: The iOS version of Disney+ can also be downloaded from the Netherlands.