Home » Video Games » Everything you need to know about Haydos380

Everything you need to know about Haydos380

Haydos380 is a promising mobile cricket game scheduled for release in April 2021. This title is developed by Creative Monkey Games, the Indian studio behind the World Cricket Battle (WCB) franchise which has already offered 3 games immersing you in this sport so popular in the countries of the former Commonwealth. Cricket games are legion on mobile, as much to say that the task is going to be difficult for Haydos380 if he wants to become the best cricket game on Android and iOS. 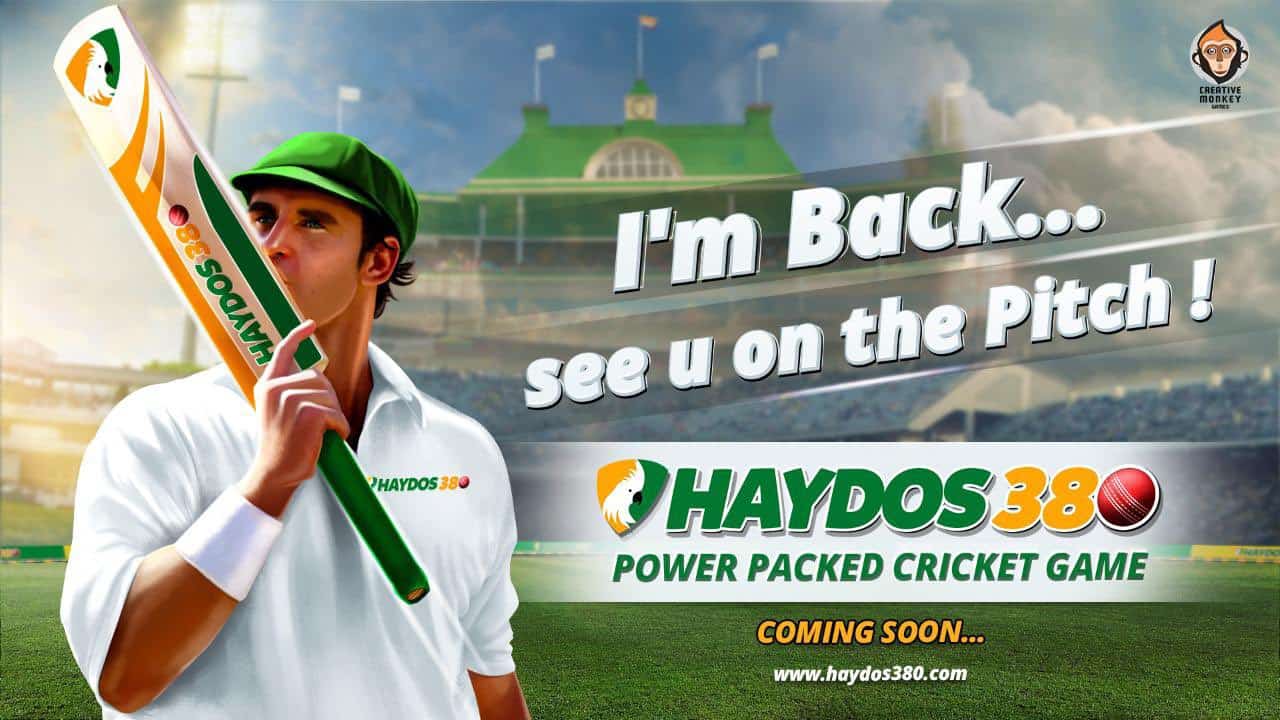 The story behind the title of the game

Haydos380 is named after Matthew Hayden, a player cricket fans must know. Inducted into the Australian Cricket Hall of Fame in 2017, he is best known as the world record holder for runs scored in a single round in a Test match.

Hayden scored 380 runs in 2003 against Zimbabwe. This impressive performance left a lasting impression and inspired the creators of Haydos380 to the point of making Matthew Hayden the face of the game.

At the time of writing, no information was provided by the developer or Matthew Hayden about the features and gameplay of the Haydos380 game. Nevertheless, given Creative Monkey Games’ experience in this area, we can expect a good simulation game.

Is your smartphone supports Haydos380?

Creative Monkey Games games are generally not very resource-intensive. According to our observations, Haydos380 should be playable on the vast majority of smartphones supporting at least Android 4.4 and iOS 10.0 for iPhones. It is unlikely to have a powerful smartphone to play Haydos380.

How do I pre-register ?

On January 17, 2021, Matthew Hayden announced on his Twitter account that pre-registration for Haydos380 had opened. An official website has been set up. You can fill in your email address by clicking “Register Now” to be notified of the game’s launch.

What is the release date of Haydos380?

Hayden also announced on his Twitter page that the game Haydos380 would be released at the end of April.

Guess who’s back… back again!

Join me on the pitch this year as I make my digital comeback! Visit https://t.co/2K5ShNXV2w to pre register for Haydos380, the cricket game of the century. Launching late April 2021. @CreativeMonkey_ #haydos380 #cricket #game #game #AUSvIND pic.twitter.com/Gkt9tiYcwY— Matthew Hayden AM (@HaydosTweets) January 17, 2021

The countdown posted on the site suggests it would be Friday, April 30, 2021, but the developer has not communicated clearly on the terms of the publication.

Haydos380 will be available for free download from the Google Play Store and App Store. Logitheque will offer you its APK and explain how to install it manually if you are having trouble with your Android smartphone.

This article will be gradually updated with new information coming to us.