One of the original features of the Yellow Vests movement that is taking place all over France is their communication. While the traditional media have talked a lot about the difficulties of such a movement to speak with one voice, many demonstrators bypass them, preferring other means of disseminating information. 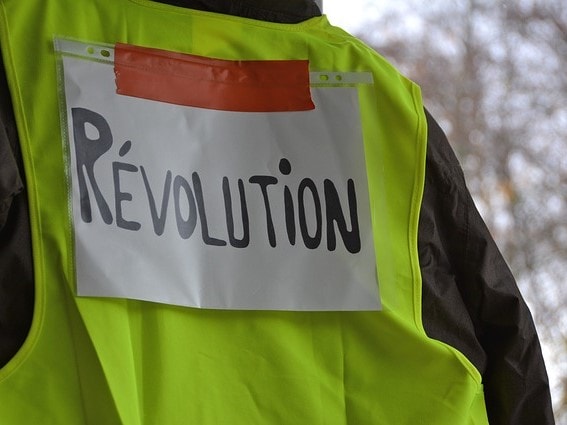 Here is an overview of the communication tools used by the Yellow Vests.

The petition, to raise awareness of their mobilization

Priscilla Ludosky’s petition has not remained in the shadows, and it is a real way to gauge the importance of this movement on a national scale. The author was reached by 1,192,000 signatories as of January 15, 2019, affected by her plea supported by articles and figures “for lower fuel prices at the pump”.

RT France, the Russian media that talks about Yellow Vests

Russian website and TV channel recently landed in France, RT France is particularly interested in the Yellow Vests movement, and relays a number of articles.
In the “France” category, a lot of news directly related to the Yellow Vests
Thus, web media even seems to be focused on this subject at the moment. On 15 January 2019, the first four news items concerning France are directly linked to the movement. You can also visit the Twitter page @RTenglish.

Have you ever seen Gabin Formont’s Facebook page, a young and committed yellow vest? Far from remaining anonymous, his page is now followed by 45,000 Facebook subscribers, and 35,000 people “loved” it.

This page allows you to access original content created by the author: testimonies of demonstrators, indignation, reactions to media reports on the movement, videos of events, etc.

This page is also an opportunity to discuss in comments with other people on the web. Also discover some very dynamic Facebook groups, such as “Demonstrations of the 17th November”.

Periscope, to follow the movement at the time T

Are you out there, too, in the middle of a demonstration or elsewhere? Don’t panic, Periscope allows you to follow the action. This mobile application is available on iOS and Android, it allows demonstrators to broadcast live what they are filming with their phones.

A direct way of disseminating information, and not having any filters, requires direct magic, which can sometimes be a tool to denounce the violence caused during these demonstrations. On this network, each person is led to post their videos, so it is impossible to find a group to follow: you have to find accounts of people who are very involved in the movement, and like to relay the videos on the app.

Of course, Twitter is ideal for outrage, spreading information, opposing or encouraging the movement. You will find a lot of information from hashtags like #17November, #blockage17November, #giletsJaunes.

Twitter is a real place to compare different opinions on equally varied subjects: from media criticism to fuel prices and the image of other French people on their movement.

You will also find, in addition to hashtags, user accounts such as the Mouvement Des Gilets Jaunes (@November2018) or people who are interested in the movement, relaying news and giving their opinions, such as Libération journalist Vincent Glad (@vincentglad).