Is Call of Duty Warzone available on mobile or Nintendo Switch?

Released on March 10, 2020, COD Warzone is a Royal Battle that brings together up to 150 players on large maps set in the “lore” of the Call of Duty license. Activision, its publisher, launched the game for free, in a standalone version, i.e. one that does not require the basic game to run. 6 million players downloaded in the first hours what was to be the surprise success of the beginning of the year. 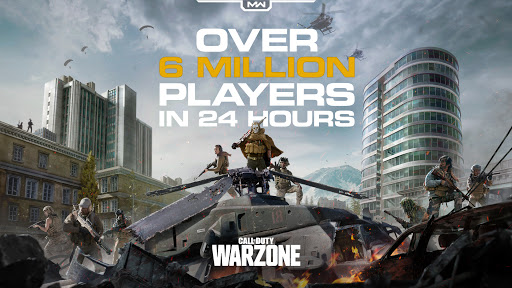 Following the overwhelming success of COD Warzone released on PC, PS4 and XBoX, Activision could very quickly bring this game to mobile phones or Nintendo Switch. For Android and iPhone mobiles, there is already a Call of Duty Mobile that has not gone unnoticed and has several game modes, including a Battle Royale. It would be surprising if the publisher were to interfere with the application’s already excellent results by releasing a similar title. However, nothing prevents a declination and other publishers have already decided to rinse an IP to the last drop, even if it means betraying the spirit of the original game.

What about the Nintendo SWITCH?

On Nintendo Switch, on the other hand, it’s a little more complicated. Indeed, the technical limitations of the machine prevent the release of COD Warzone on this console as is.

You’d have to lower the overall graphics quality and adapt the game for the nomadic mode.

Given the title’s runaway start and the potential, it would be surprising if Activision didn’t release an adapted version in a few months.

However, it is already possible to play COD Warzone on a smartphone, using a Cloud Gaming service for example. We already told you about this in this article, but services like Shadow allow you to play recent games from any computer, whether it runs Mac OS, Linux, Android, iOs (oops) and Windows.

Responsible for Logitheque and the rest :) A bit of cyber security, a pinch of mobile games, a lot of news and a global vision of the software world, that's what I do every day!