Google Play, the Mountain View firm’s application store, has been revamped. After the recent aesthetic updates, here is a feature that will probably change your life. Indeed, Google Play now allows you to download several applications simultaneously. 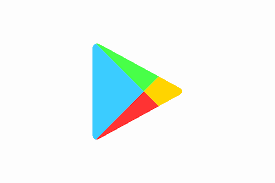 According to Android Police, Google enabled this feature in a test phase that involves only a handful of users. This option has long been awaited by the community. Google Play Store used to allow applications to be downloaded one by one, including simple updates. A rather frustrating situation, especially when installing several applications and updates. With the increase in the average speed, in 4G or Wifi, this download mode becomes obsolete.

The functionality in question is already present on iOS. However, Google has not yet made simultaneous downloading from the Play Store official. The Mountain View firm is likely preparing the ground for its major annual conference for application developers.

As a reminder, the Google I/O Conference will take place in May. Until then, it is very likely that new features or services will appear on the platform on the sly. Recently, Google also launched tests for a new feature related to Google Pay. The payment application could soon automatically import receipts, tickets and even loyalty cards from Gmail. To be continued…