Mozilla recently released the first public beta version of its new screenshot application: ScreenshotGo. The application is already available on Google Play but only for users located in Indonesia. Mozilla’s Taiwanese antenna behind the publication of this application, has not yet reported a possible international release or port to iOS. 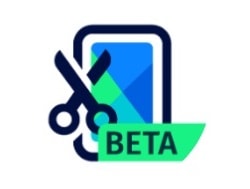 The question to ask yourself is above all what is the purpose of an application dedicated to screenshot management, whereas most smartphones are for the most part equipped with very advanced features.

The idea is not to create yet another gas factory dedicated solely to screen shots (photo or video) but above all to tackle the classification of these images on your smartphone. Anyone who has never struggled to find a capture about a recipe, an item to buy, a conversation or an email should throw the first stone at me. Ow! Ow!

ScreenshotGo responds to a very current problem, which has not really been tackled by smartphone manufacturers or Google.

ScreenshotGo integrates by default a series of collections to better classify its screenshots:

The user can modify these categories: rename them, change the images in them and access information about them (storage used, last modification…). It is also possible to create your own collections. Screenshot Go also offers an on-the-fly sorting system to quickly sort your captures.

Finally, ScreenshotGo includes a small discreet widget that is permanently displayed on the device’s screen. It makes it easy to capture. The widget display can be disabled in the application settings.

The application is not currently available in France through official channels, but its latest versions are published on Github. You can of course download the most recent one on Logithèque and test it. Unlike many Mozilla mobile applications that require you to create an account, ScreenshotGo is directly usable.