To complete the OnePlus 7T series, OnePlus offers us the 7T Pro McLaren Edition. This is the ultimate version of the OnePlus 7T Pro. The successor to the McLaren 6T comes with its sleek premium design and extraordinary fluidity, but is it worth it? 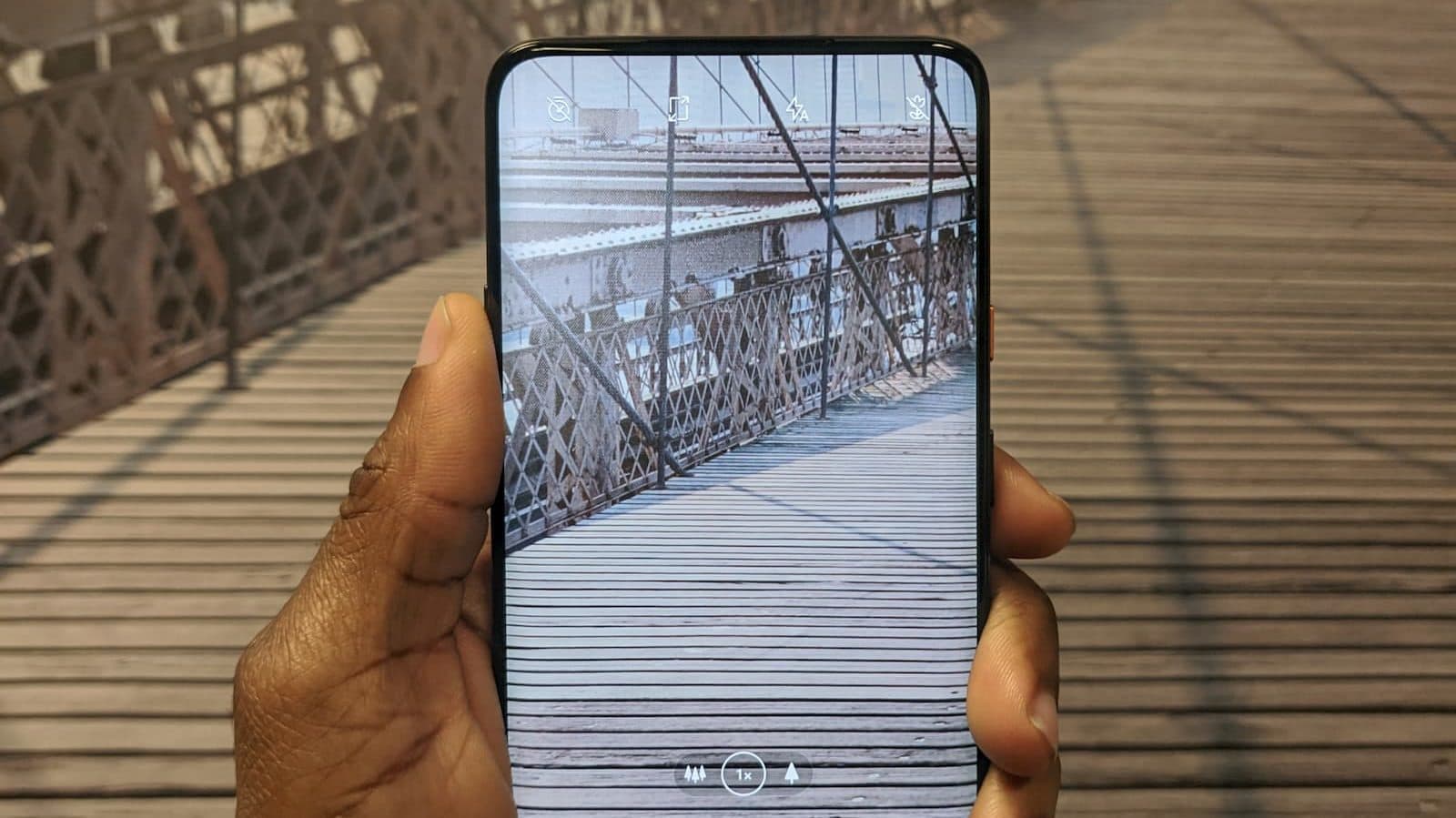 The OnePlus 7T Pro McLaren is a very high-end smartphone and this is reflected in its design. It arrives in a papaya orange box in the colours of the car manufacturer containing the essential accessories:

In terms of finish, we literally go up a range compared to the OnePlus 7T Pro. Indeed, the smartphone wears a dress with patterns from inside the McLaren Speedtail, the supercar unveiled by the manufacturer in October 2018.

On the back, a thin papaya orange curve underlines the edges of this elegant object. At 206 grams, the smartphone is a little heavy to handle, but you get used to it pretty quickly.

Does OnePlus 7T ProMcLaren hold up well on a daily basis?

The McLaren 7T Pro comes with Oxygen OS 10, OnePlus’ in-house software overlay based on Android 10.0, so we refer you to our OnePlus 7T test for more details on how to integrate OS innovations into OnePlus smartphones and the most common features.

To differentiate the McLaren edition from the classic OnePlus, the Chinese manufacturer offers a modifiable McLaren theme in the customization settings. This theme includes icons, wallpapers, exclusive animations and a locking screen that is reminiscent of the McLaren vehicle dashboard.

The Pop-up camera is very fast and will not pose any particular problem for facial recognition. Moreover, the fingerprint reader housed under the screen is also very reactive.

On a daily basis, we won’t lie to each other, the smartphone offers a strictly identical experience to the classic OnePlus 7T Pro.

Our test of the OnePlus 7T Pro

The photo/video section of OnePlus can still be improved

The McLaren 7T Pro is a good student in photography, but it can do better. This is a common finding in the analysis of the photographic performance of the latest OnePlus smartphones.

Once again, the OnePlus Mclaren 7T Pro and OnePlus 7T Pro have the same photo sensors:

The photos are strictly identical to those taken with OnePlus 7T Pro and the results are therefore the same. The shots are convincing, even stunning, in some situations, especially when it comes to taking backlit photos.

For faces photographed in Portrait mode or Classic mode, the rendering remains natural and the Bokeh effect is not at all exaggerated. A good point.

Photos in low light or at night are correct even without flash. However, the software remains a step lower than that of competing devices.

OnePlus would benefit from using the Google Camera as a model to make progress in this sector or, failing that, to offer a little more functionality in its software.

The same is true for the video part, especially since it is not possible to record videos in 720p to reduce the size of the files. The McLaren 7T Pro will later receive an update that will include Super Slow Motion functionality in 720p and 960 FPS. For the moment, the Super Slow Motion is limited to 1080p 240 FPS and 720p 480 FPS. Too bad.

With 12GB of RAM and 256GB of storage, its Qualcomm® Snapdragon™ 855+ processor and its Adreno 640 graphics chip, the OnePlus 7T Pro McLaren is a real performance monster and almost doesn’t get hot. He also obtains a score of 488579 points on Antutu Benchmark, which places him just behind the Asus ROG Phone 2.

With its high quality display and power, one might fear for the battery’s autonomy. However, with this smartphone, you don’t have to worry about that. With its 4085 mAh battery capacity, the OnePlus 7T Pro McLaren can last a day and a half without blinking, or even two, depending on your usage.

The smartphone’s battery can also be charged very quickly thanks to the Warp Charge 30T. Even flat, it only takes half an hour to recover nearly 70% of the charge. In other words, it only takes 30 minutes to give you a full day of independence. Like its classic version, the 7T Pro McLaren is still not compatible with wireless charging. Fans of the brand will probably have to wait until the OnePlus 8 Series to enjoy it.

Which model to choose between the 7T, the 7T Pro and its McLaren edition?

The final word on the OnePlus 7T Pro McLaren Edition

With its good performance, design, beautiful display and good camera, the OnePlus 7T Pro McLaren Edition is undoubtedly one of the best smartphones released this year.

However, it suffers from the comparison with the OnePlus 7T and the classic 7T Pro. Indeed, it differs from the latter only by the McLaren brand, its 12 GB of RAM and 256 GB of storage. Does this justify a difference of 260 euros compared to 7T?

Let’s not forget that McLaren is also a luxury brand and that even at this price, the smartphone remains cheaper than equivalent devices at Samsung or Huawei.

The OnePlus 7T Pro McLaren Edition has been available at Free Mobile since November 8. But you can also order it from the usual shops since Friday 15 November:

OnePlus 7T Pro Mclaren Edition at the Fnac at 853 euros