OnePlus 8: features, release date, prices, everything you need to know 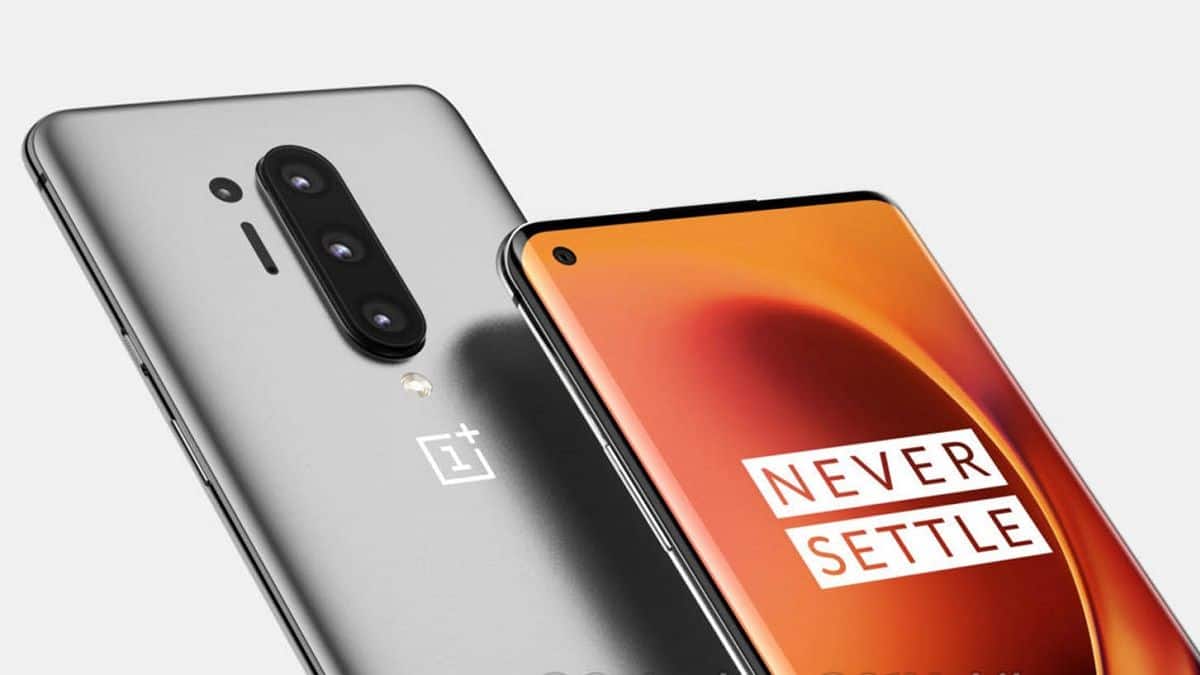 RELEASE DATE: OnePlus has confirmed that the OnePlus 8 Series will be unveiled on April 14th!

Once again, Steve Hemmerstoffer, whom you probably know as Onleaks, is the first to tell us about the new OnePlus product.

The smartphone design was leaked even before the official presentation of the OnePlus 7T Pro.

The OnePlus 8 features a curved screen and says goodbye to the notch. This time, the selfie sensor is directly mounted on the upper left screen. OnePlus therefore gives in to the sirens of the perforated screen.

The manufacturer apparently used the same materials as on its previous flagships. The 160.2 x 72.9 x 8.1 mm frame of the OnePlus 8 is therefore covered with a layer of glass on the back.

The smartphone has three sensors on its rear panel.

The OnePlus 8 Pro is very similar to the OnePlus 8, but a little longer. Indeed, it measures 165 x 74.4 x 8.8 mm and also adopts the perforated screen. On the back, there are three sensors in one module and a fourth sensor on the left.

As for the OnePlus 8 Lite, it would be the first mid-range smartphone of the brand since the OnePlus X released in October 2015. The OnePlus Lite would be equipped with a screen between 6.4 and 65.5 inches. On the back, OnePlus Lite would be equipped with at least two photo sensors. This information is to be taken with tweezers.
Indeed, on the first images posted by leakers like @OnLeaks, we could see 3D renderings showing a smartphone with two cameras.

During the first week of January, new elements appeared and it seems that the smartphone is equipped with a triple photo sensor on the back. At the front, still no notch, but just a small hole for the photo sensor dedicated to the selfies.

On the photo side, as we were saying, OnePlus decided to move its selfie photo sensor to the left. On the back, the smartphone has 3 sensors. The manufacturer likely opted for a main camera, a telephoto lens and a wide-angle sensor. The flash is not placed on the photo module. Unlike the OnePlus 7T, it is a few millimeters lower, below the slightly protruding vertical bar dedicated to sensors.

On the photo side, the Lite version of the OnePlus 8 would have a 48-megapixel main camera, a 16-megapixel ultra-wide-angle lens and a 12-megapixel telephoto lens. The smartphone would not have a 3D ToF sensor.

Other features of the OnePlus 8, OnePlus 8 Lite and OnePlus 8 Pro

Here are the other features of the OnePlus 8 that have already been leaked:

Those of the OnePlus 8 Pro

Those of the OnePlus 8 Lite:

Price and release date of the OnePlus 8, OnePlus 8 Lite and OnePlus 8 Pro

Smartphone pricing has not yet been released, but OnePlus has confirmed that the OnePlus 8 series will be unveiled on April 14.. In view of the new features added (wireless recharge, better water resistance, camera on screen), prices are expected to rise. The OnePlus 8 Pro could be sold at €750. The OnePlus 8 would be offered at around €599 like its predecessor in its most modest configuration. Finally, for the OnePlus 8 Lite, a price of no more than 450€ can be expected.

This article, initially published on October 4, 2019, will be progressively updated as information becomes available.