In the long series of Pokémon titles, Pokémon Rumble Rumble Rush has just appeared wildly. Once again, PC or Mac owners will not be able to taste it, since this title is intended primarily for smartphone owners! We explain how, with a little tip, you can play it and go in search of Pokémon on your monitor, without needing anything other than a computer. 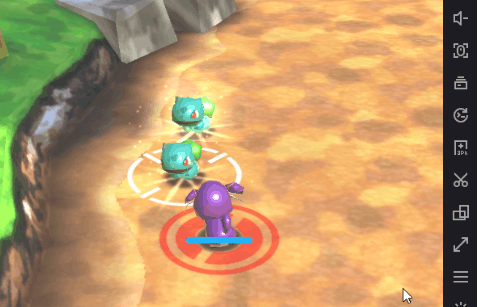 We used Nox for this test: In this case, you can use the “Apk” button on the right side of the screen to directly download the file once it has been launched.

Once Pokémon Rumble Rumble Rush is installed, launch it: The Home screen appears.

Launch your favorite emulator (Memu, Nox, Andy, Bluestacks…) and connect to Google Play: Search the store and download the game directly by this method.

If Pokémon Rumble Rumble Rush is in soft launch or inaccessible from your area, follow this guide:

That’s about it, because some games require a first connection with the VPN in the right area to launch, but that’s not always the case. Here, the game started directly.

In Pokémon Rumble Rush, you will conquer the wild pokémon that are scattered on an island, or even islands, far from any civilization. Capture increasingly powerful monsters, battle bosses and increase your creatures’ abilities with the help of gears you will find in the stones that are left by some enemies.

The game runs very well on emulator, so don’t wait and enjoy it now!