ICQ is one of the pioneers of instant messaging. Created in the mid-1990s by Israeli students, the software has become unavoidable and has been emulated. In 1998, it was acquired by the AOL group, but the competitors of instant messaging multiplied and it gradually lost ground. In the 2000s, ICQ Messenger was replaced in the hearts of users by Skype and MSN Messenger, which were gradually abandoned for new entrants to mobile.

However, ICQ has not said its last word. Still developed, it was finally bought in 2010 by the Russian giant Mail.ru. The app then offers itself a bath of youth and catches up in terms of functionality compared to its young competitors. Now ICQ is called ICQ New and is a multiplatform application available on Linux, Windows, Mac, Android, iOS and the Web. 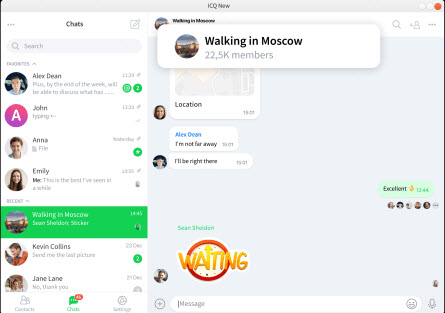