What is Kodi used for?

Kodi is an open source program originally developed for the Xbox. At that time it was an application designed to transform Microsoft’s console into a media center. Today Kodi is present on the main platforms from the classic computer (Windows, Mac, Linux) to the mobile device (smartphone, box or Android tablet, jailbreaké iPhone and even Raspberry).

The main features of Kodi

Kodi allows you to play back many formats of video, audio or image files (most of the market). You can make it an excellent manager for your media library and make your Linux computer a versatile media server.

You can increase the number of Kodi features by adding extensions that can be downloaded from repositories. These extensions developed in Python give you the possibility to add functions such as: an RSS feed reader, a download manager (Torrent or classic), a reader compatible with your Cloud services (Google Drive, Dropbox…), a tool to classify and listen to your webradios, podcasts, catch-up television…

Weather according to Kodi 17.0 Krypton

How to install Kodi on Linux?

Kodi does not install on Linux as it does on Windows or Mac. You must go through the repositories of your Linux distribution by entering specific data into your device. The file available for download contains Kodi’s complete directory on Github. 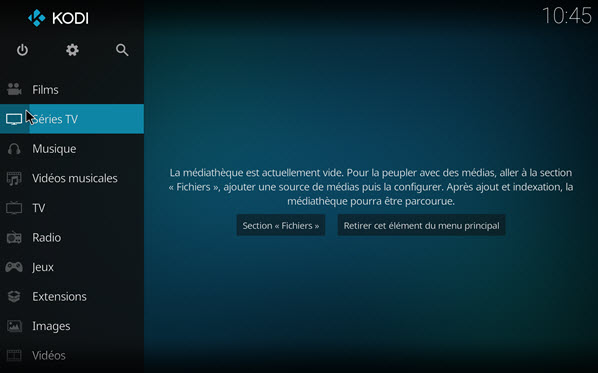