4Videosoft BlackBerry Video Converter for Mac, designed especially for Mac users, can easily convert any video file such as MPG, VOB, MP4, RM, WMV, ASF, MKV, AVI, 3GP, FLV, MOD, TOD and HD video, etc. In
addition, with this BlackBerry Video Converter for Mac, you can change the video effect before conversion by adjusting brightness, contrast, saturation, etc. In addition, its video editing features will give you a great impression such as resizing the image size, adding text or image to the video, splitting the video into parts, merging the clips into a file. In addition, you can see the original and output effect at the same time with its Preview function and capture the favorite scene and save it as an image for later use.
1. convert video to BlackBerry-compatible audio/video format 2. extract
audio files from video and convert audio 3. support
all BlackBerry versions 4. powerful video
editing features 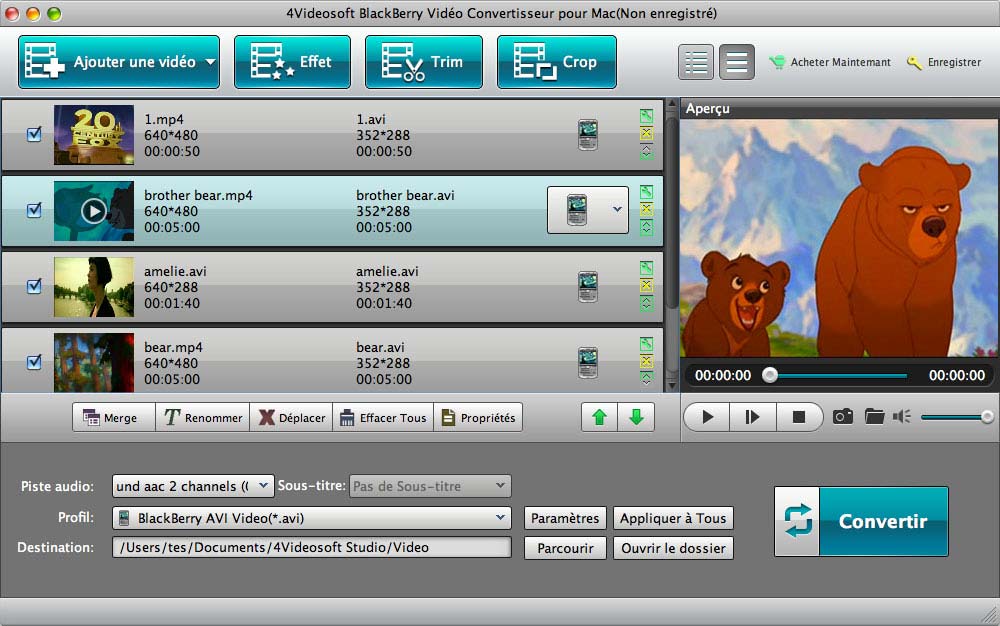