CaraCaraC is a character counter. For a given text, it gives the total number of characters used (with or without invisible and punctuation characters), lists the different characters and gives for each of them the number of occurrences, rank, frequency and cumulative frequency, and can be saved as an archive or printed. Although CaraCaraC accepts all writings, its functionalities are mainly intended to be used with Asian writings: New features of version 2: – Simplified interface – Direct counting from the clipboard – Much faster : – New features of version 2.1.0: – New main window alternative “mini” – Single version : ñ ñ French + English ñ ñ Universal Binary 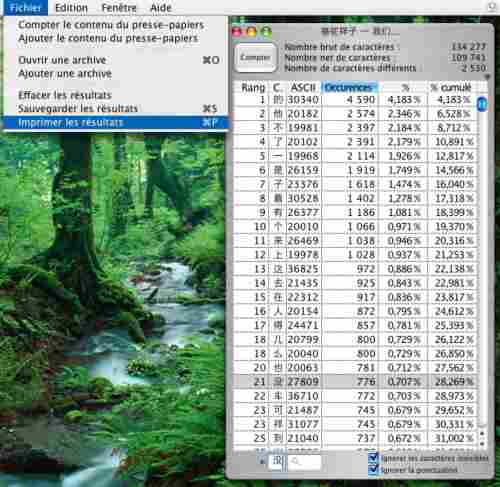