Fornite on Mac, it’s the guarantee to spend a good time relaxing with friends. Gather on a “deserted” island, no more than 100 if possible, and kill each other! But hurry up, because the storm that is hitting the island will not spare anyone.

The principle of the Battle Royale is to confront several players and push them to eliminate each other until only one remains. To avoid campers, the game card is reduced over time, with a deadly storm falling on the card, to a very small circle where the last participants will compete. The last survivor wins the game, glory and honours….

A game of Defense and Survival

Basically, Fortnite is a basic survival and defense game. Players must collect resources (stone, wood, metal) and use them to build walls that will be their den. This base is attacked by zombies, and it will have to resist their repeated attacks, under penalty of defeat. Fortunately, as the games progress, it will be possible to improve it by surrounding it with traps, but also to recruit other players to help defend it.

This game mode, which was supposed to be the main one, is currently only available to paid and early access players. He will be free-to-play in 2019. But as the publisher saw an opportunity by adding a Battle Royale mode, he jumped into the breach and used a powerful game engine.

Since then, the basic game has evolved. Indeed, Fortnite’s Battle Royale mode features protagonists who are skilled at building defenses, collecting weapons or traps and adapting to their environment. But now, each season brings its own set of new features and modifications. Thus, the map has been modified several times and external elements regularly disturb the parts. Of course, as this is a cross-platform online game, Mac users also enjoy these events in real time.

Yes, Fortnite has been successful and the number of players has exceeded a hundred million! PC, Mac, Consoles or laptops, everyone plays it and even more, because dances and emotions have invaded the public domain. Sportsmen, singers, youtubeurs… Many have an account and an avatar and proudly display themselves. Gone are the days when players didn’t dare to talk about their passion…

On Mac, you can play Fornite by downloading Epic Game Launcher, a global application that allows you to download the game, but also other Epic Games titles and access the store. 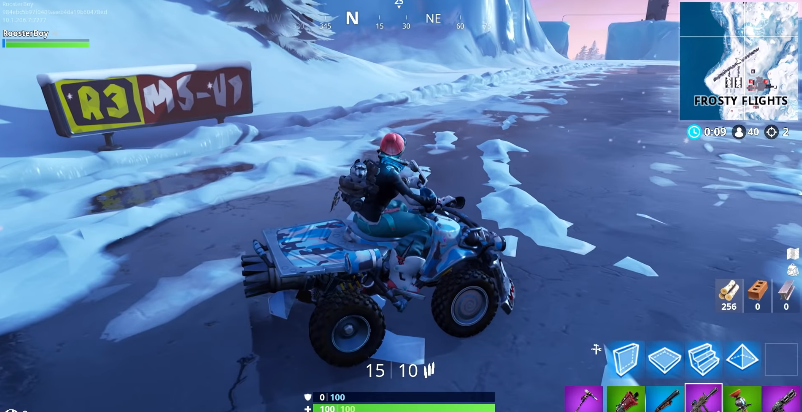