Minecraft is a video game that plunges the player into a randomly created world. It consists of many landscapes called biomes (jungle, plain, marsh…) also composed of cubes that the player will be able to modify or combine. Minecraf is a sandbox type game, i. e. it is the player who sets his own objectives. Some will aspire to explore as much terrain as possible while others will prefer to play survival and try to build defences against creatures that appear at night.

Over time, the development studio has added several game modes such as survival mode, hardcore mode or adventure mode where the player cannot destroy cubes and must trade with the villagers to survive. It is possible to have a single player or to have a server for several players. They may decide to collaborate or attack each other. 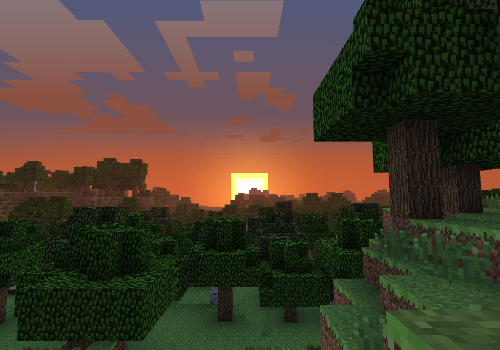