MPlayer is a free and open source software that acts as a video player. Although it looks very simple via its interface, which remains very minimalist, it has many features and is also compatible with plugins in order to add new features.

MPlayer natively supports many video formats such as FLV, AVI or 3GP as well as several subtitle formats. If you want to play a video in an exotic format, simply download the corresponding plugin and install it. MPlayer was designed to adapt to your Mac’s performance by modulating its resource consumption according to the videos you watch. MPlayer also offers you many settings to manage audio, video and keyboard shortcuts. 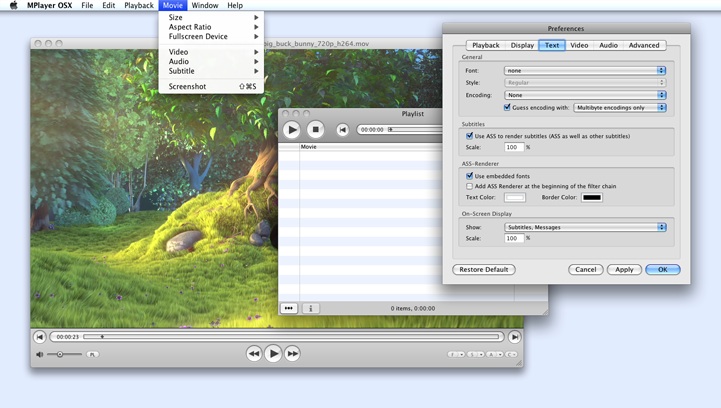