360 Security is an antivirus protection program for Android devices. It offers an optimal level of security in order to make your smartphone or tablet impassable by the latest virus categories. An antivirus solution well ranked in comparisons, 360 Security also boosts the system and eliminates all obsolete and unnecessary files identified on the device. In this way, the program saves as much memory as possible and improves the performance of its device. Easy to use and efficient, a slight movement allows you to control the deep cleaning of the smartphone or tablet. Chosen by more than 400 million Android users worldwide, the 360 Security application has a variety of features that make it all the rage, including a blacklist of unwanted numbers that prevents the user from being disrupted during their work. A must-have for Android users, it should be noted that 360 Security can be downloaded for free on the web, so let’s enjoy it! 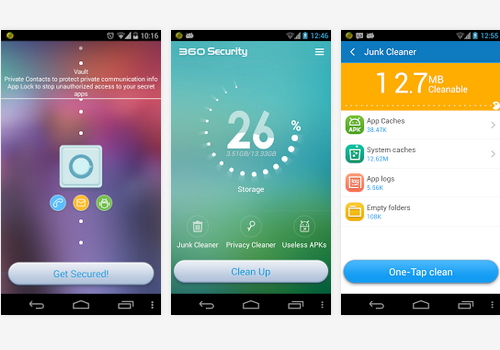