They’re back! The most badass turtles land on mobile in a game developed by Kongregate for Android and iOS.

is an action role-playing game in which players have the opportunity to explore the world of famous ninja turtles. They will create teams made up of their favorite heroes to save the world. A PvP mode is obviously part of the game to face other players.

Players will be able to collect many characters from the World of Ninja Turtles so they will improve abilities over the course of the quests, thanks to the rewards won. It is also possible to earn resources even if you are offline and that’s pretty good!

The TMNT Mutant Madness game will be available worldwide in 2020, but the game is still in the pre-lance phase. You can find out by manually installing your APK. For this, you’ll need the Split APKs Install app. 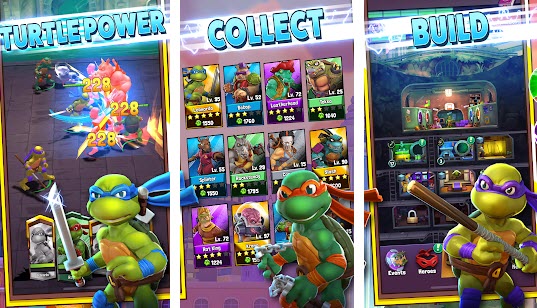