There are many recording applications on the web and especially on mobile phones. Our smartphones can now replace expensive microphones.

ASR Voice Recorder is distinguished by its ease of use but also by its many options. The application allows you to record sounds in several different formats: MP3, WAV, OGG, FLAC, M4A and AMR.

It is also possible to host them on several online solutions such as Google Drive, Dropbox, OneDrive, Box and many others.

Add notes to your audio while recording or after, slowly rewind your recordings, delete or share multiple jobs in seconds, with your phone or other Bluetooth enabled device (your recording will be stored on your ASR Voice Recorder application). 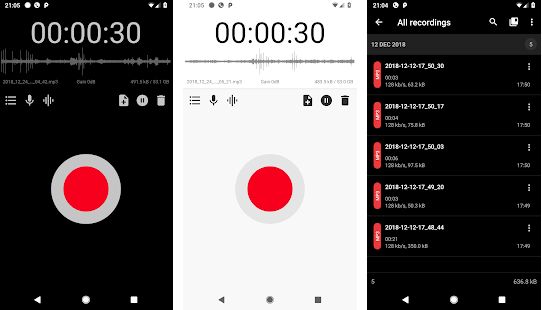