Jyotish is the traditional Hindu system of astronomy and astrology. It is also known as Hindu astrology, Indian astrology, and Vedic astrology. Jyotisha Vedanga is one of the first texts on astronomy in the Vedas.

Astrology remains an important aspect of the lives of many Hindus. In Hindu culture, newborns are named after their traditional jyoti?one of the astrological concepts and graphics are omnipresent in the organization of the calendar and public holidays as well as in many areas of life, such as in decision-making around marriage, opening a new business, and moving to a new home.

For these applications, it is necessary to draw a horoscope chart based on the native date, time and place of birth. The horoscope will have 12 signs with 9 planets placed. By analyzing the position of the planets in different rasis, astrologers predict the past and future of the native. The same table is also used to find the most suitable for starting a muhurtha event or naming a child.

The Dasa system is used to predict events in different periods of indigenous life. Most used such as Dasa is called Vimsottari Dasa.

This software allows the astrologer to draw the graph and also show the position of the planets and the different periods of life using Vimsottari Dasa.

The software uses for the calculation of the Swiss ephemerides of the planets and displays the graph in South India format. 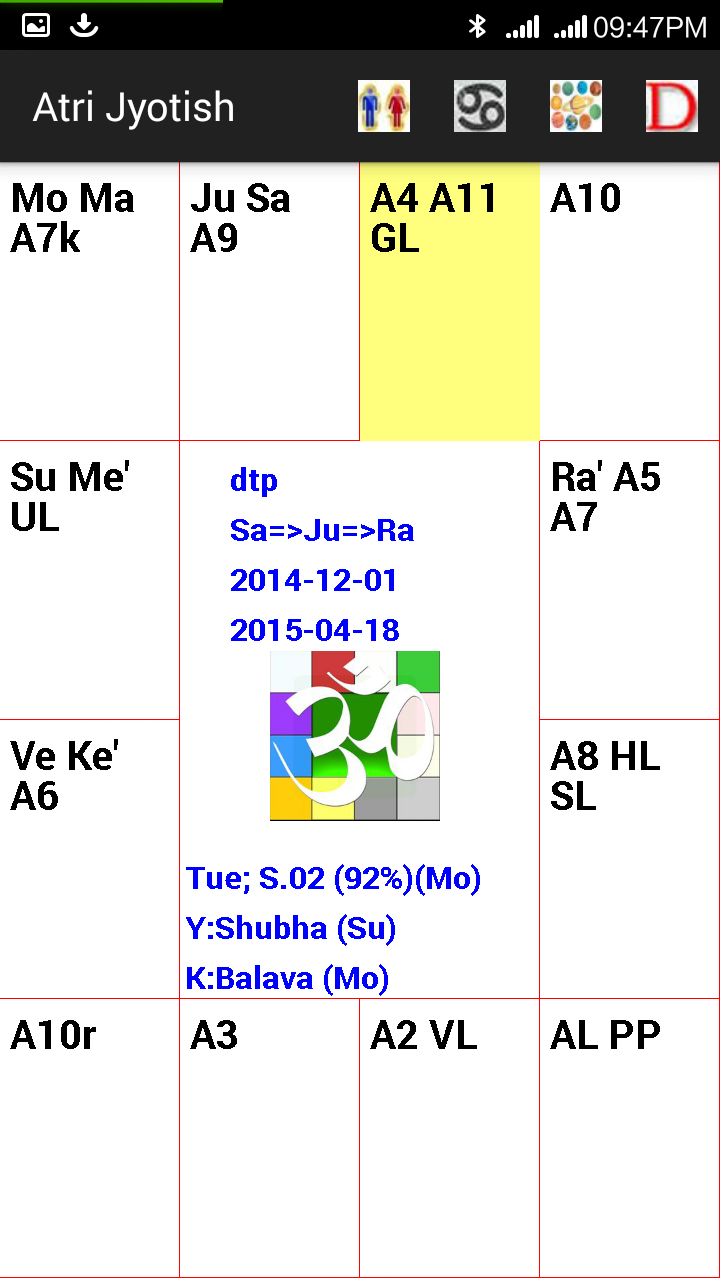