Video game adaptations of manga have always been a big success. What’s better when you’re a fan of a work than to find it in a video game? And directly in his pocket with the mobile phone adapters?

Despite its resounding success since its release in 2015, the manga Black Clover had only known one adaptation in video games on PC and consoles. After a successful anime adaptation in 2017, the work finally has its first mobile game with Phantom Knights.

The title is a Gacha type game. Here you will collect the main characters of the manga in different styles to create your own team of super-powered mages! Analyze each of your units carefully to find the best ones to train based on their statistics and skills.

The game has a faithful story mode, ideal for both those familiar with the basic manga and newcomers to the game.

Black Clover Phantom Knights has been available for several months in Japan and will be available in a global version on January 16, 2020! 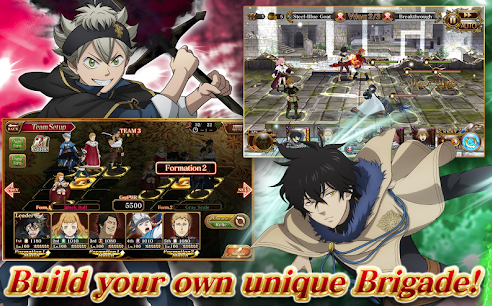