A few years ago, one of the most downloaded applications was Vine. Its principle was extremely simple: users could follow and create short videos that could not exceed 6 seconds. This led to real creative competitions to make the most imaginative and funny videos.

Due to a lack of means and profitability, Vine closed its doors in 2016. If TikTok has since appeared to take up the same principle, many users are saddened by the disappearance of Vine.

Its founder returns today with a new application: Byte.

Byte has the same principle as Vine, i.e. making short videos of no more than 6 seconds. Each user can create an account through their own Google Account to track other creator accounts.

Videos can be simply filmed or edited using a few effects. It is also possible to film with your own application and send the result to Byte. 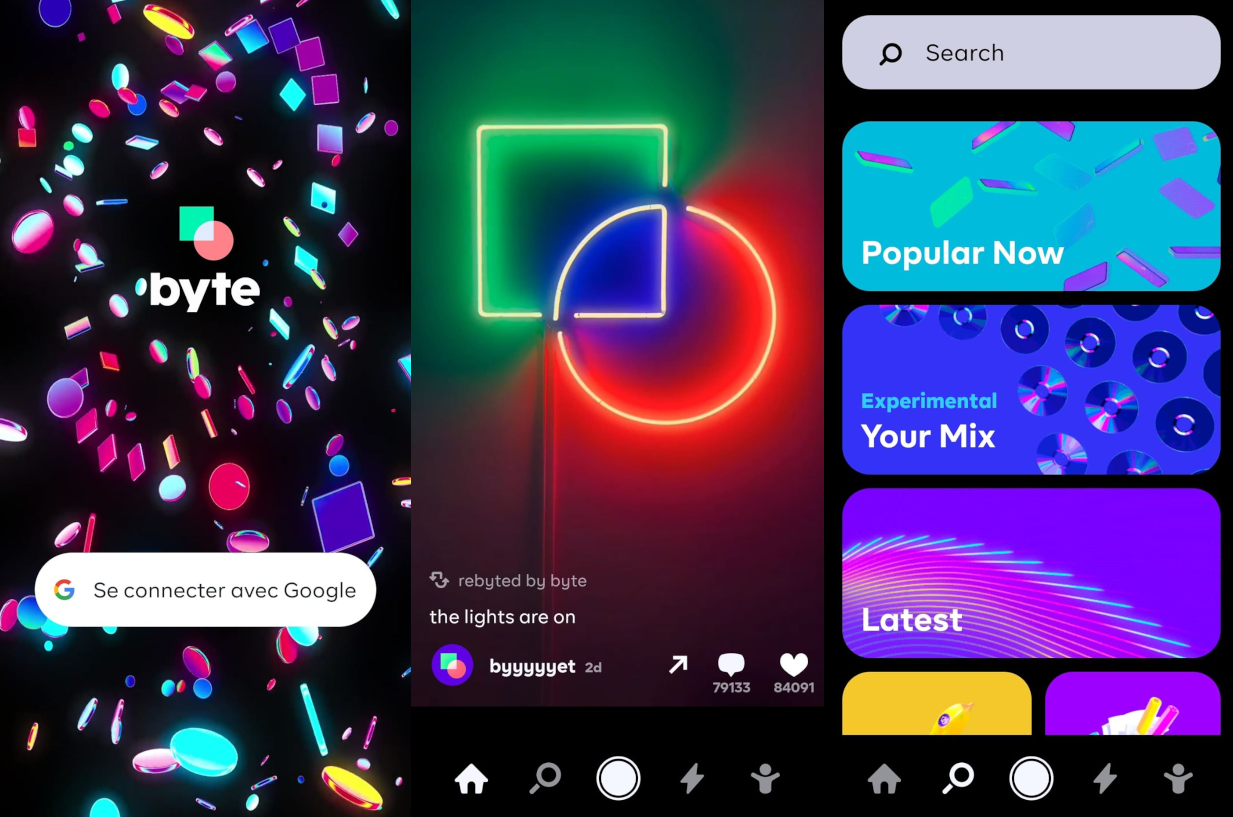