Dragon Quest: The Adventure of Dai – Bonds of Souls Android

The Dragon Quest saga has always been recognized as one of the biggest licenses in video games. The license already has many games in video games, whether on console or on mobile.

Dragon Quest: The Adventure of Dai – Bonds of Souls is a brand new game coming for Android and iOS smartphones. It will resume the saga of Dai’s quest on mobile.

Little information is still available at the moment, but an official site is already available with some visuals and an estimated release date of 2021. The game is developed by DeNA studio, already responsible for Pokémon Masters and Final Fantasy Record Keeper.

The game should make it possible to reinforce its characters using different equipment, but also skills to be used in combat. Your team can then take on hordes of monsters and gigantic bosses to progress in the game.

Dragon Quest: The Adventure of Dai – Bonds of Souls (Tamashii no Kizuna in its original version) will be released on Android and iOS smartphones in 2021. We will keep you posted if a beta version is released. 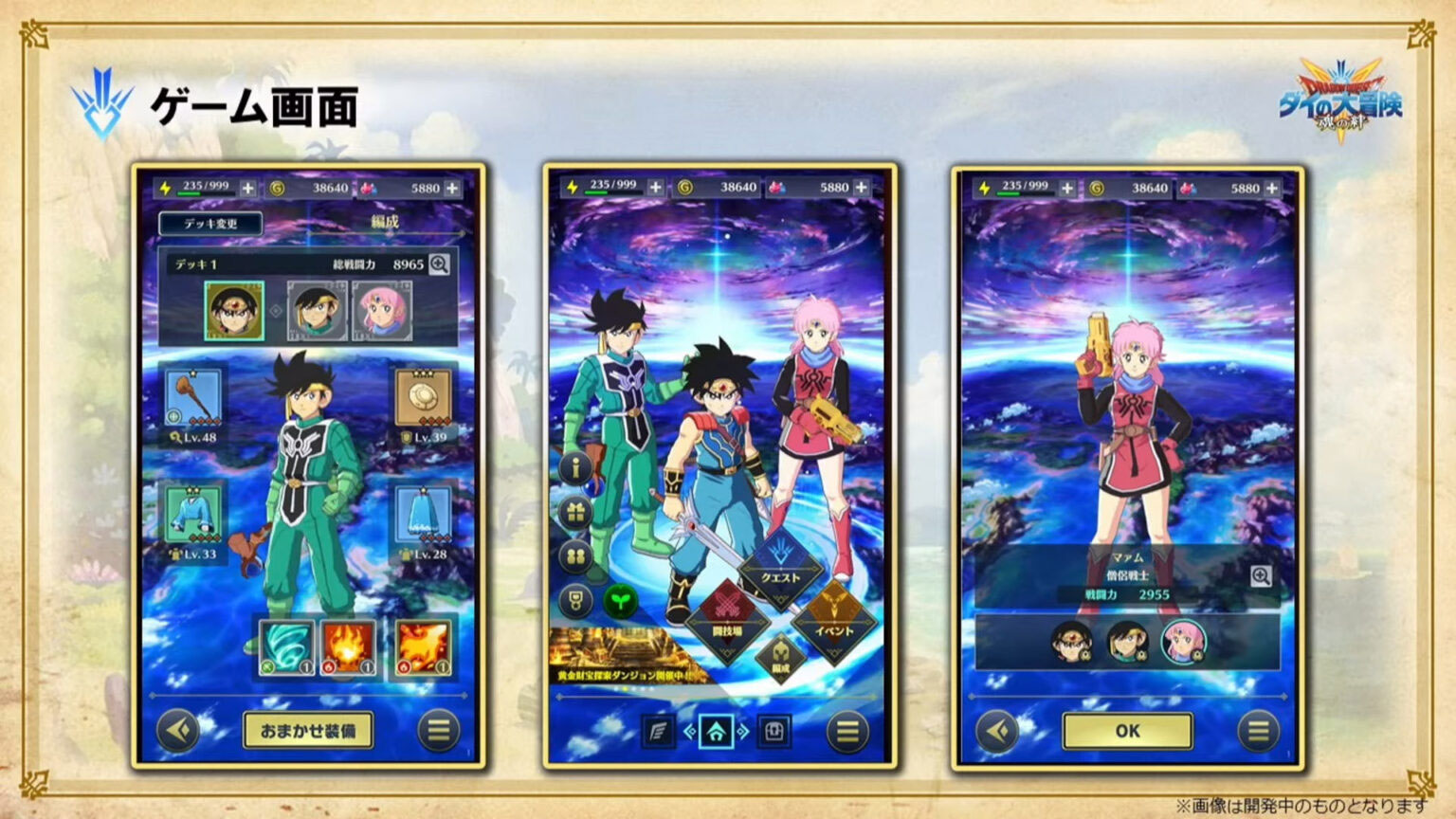