Football Manager is a cult license, available on Android and iOS mobiles for a few years. This is a game that football fans love.

Here, unlike other titles like FIFA, you are not directly the players but their coach and club manager. Manage it by building your dream team. Recruit your favorite players, win matches, championships, titles, until you become the number 1 in the world ranking!

Football Manager has new leagues and languages (Dutch and Portuguese) for this latest version. You will now be able to recruit players and clubs from the Greek and Danish leagues.

The game will first and foremost require tactics: you will have to place the right players in the right positions, adapt to the opponent’s tactics, manage injuries, replace them, tired people, etc…

All these are crucial decisions that will depend on you and make your club the number one.

Football Manager 2020 is currently in the pre-registration period. 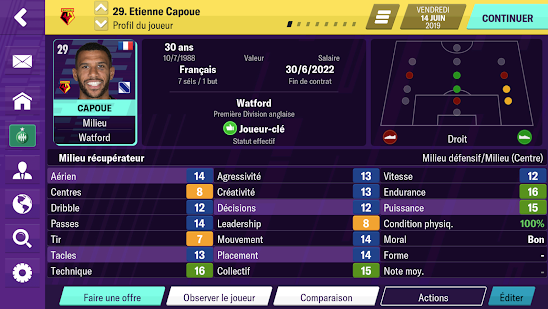