HKmap.live is an application that exists in several forms. It is already available in web version but also on Android. It was briefly available on Apple devices before being withdrawn following a controversy with the Chinese government.

HKmap.live is, indeed, a Chinese solution that allows you to create an interactive map. Registered users can then indicate points of interest of all kinds: restaurants, historical monuments, preventive closures…

The application also allows, and in particular, to indicate the position of the police forces. You can find out how many officers there are and avoid them by connecting to the map and seeing their position.

However, it is based on the participation of its users. A point of interest requires the support of several users in order to guarantee its authenticity. 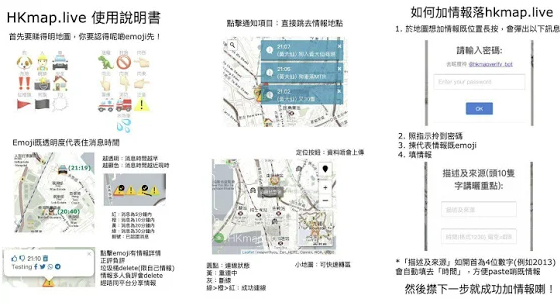