A new game inspired by the League of Legends universe is born. Announced at the same time as the arrival of other Riot Games, Legends of Runeterra is a card game in which you will find emblematic champions of LoL.

In Legends of Runeterra, you can build entire decks around your favourite champions. Rest assured, Riot Games has also announced the arrival of new champions over time.

You can collect playing cards and other cosmetics, but please note that the game does not contain a lootbox. Therefore, you will need to earn as many resources as possible and play more games to unlock new items and content. You will have to use Mana to launch your various spells and attacks as well as creatures. Your opponent will have the choice to defend himself or to cash in. In this sense, the title is clearly inspired by Magic: the Gathering or Hearthstone. 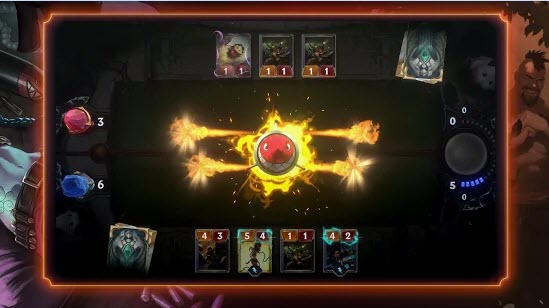