Magic is one of the most played card games in the world. The title even now has an adaptation in video game on PC. Unfortunately, it is still quite complicated for some novices or players who want to play a fast game.

That’s why Netmarble is launching Magic today: Manastrike, a revisited adaptation of the Magic card game.

Manastrike has much easier rules than Magic while keeping the basic elements: colors (white, black, red, red, green, blue), the invocation of creatures, spells and planeswalkers…

The latter, as in the original game, are powerful units that represent their mana color. They have unique abilities that can turn the game around.

The parts of Magic: Manastrike are much shorter than those of Magic: The Gathering. The game is therefore ideal for small sessions. 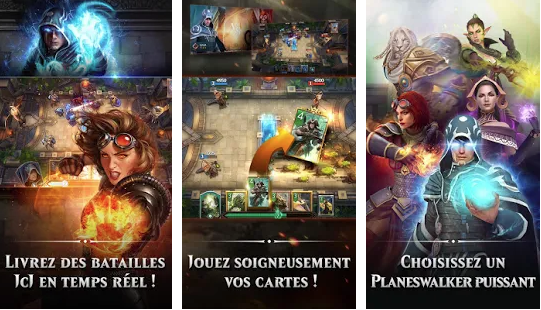