Pokémon Rumble Rumble Rush Android is the surprise game just released by The Pokémon Company. In this game, you play as a pokémon not quite comfortable against enemies who arise in its path. Fortunately, from small victories to small victories, your stock market fills up and your ability to capture other pokémon improves.

You are quickly immersed in the bath, since from the first moments and the tutorial, you will have to confront various pokémon, as well as find a monster capable of facing a giant Salameche who blocks your way.

How do I install Pokémon Rumble Rush on Android or iPhone?

Pokemon Rumble Rumble Rush is intended for a very wide audience. Android smartphone owners are lucky, since they take advantage of it first.

This simple little game may be as successful as Pokémon Go, from the same publisher, but its simplified gameplay and artistic direction make it more like a game for the younger ones. Formerly known as Pokéland, Pokémon Rumble Rush is not the title developed by DeNa and will be released in 2020, but it already allows you to be patient with your favorite monsters. 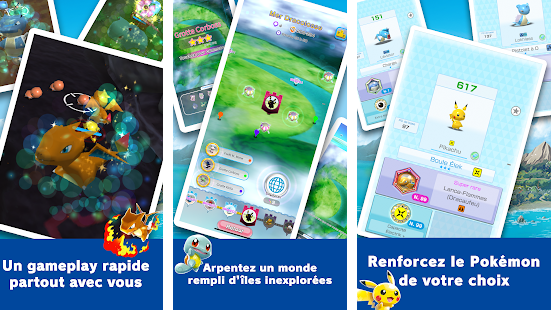