Cyberpunk will have been the most anticipated game of this decade. So it’s no wonder that the CD Projekt title is emulsing everywhere. On mobile, you’ll expect an avalanche of Cyberpunk-inspired games and developers have already started to draw their creations. Among these first creations, how not to mention Punk Royale 2052: A cyberpunk Battle. This is a mobile action game developed by CakeByte.

Punk Royale 2052 is, as the name suggests, a Battle Royale shooter in which players compete in teams. It picks up mechanics you already know well: players are parachuted into a gigantic map and must explore Ocean City, a city plagued by chaos in search of upgrades, equipment and high-tech weapons. The ultimate goal, of course, is to kill your opponents and be the last survivor.

As mentioned above, players have the opportunity to evolve their character by adding cybernetic enhancements:

Punk Royale 2052: A cyberpunk Battle is not yet downloadable at the time we write these lines. You’ll have to wait a little longer before you can play it, but you can already pre-register on the Google Play Store. 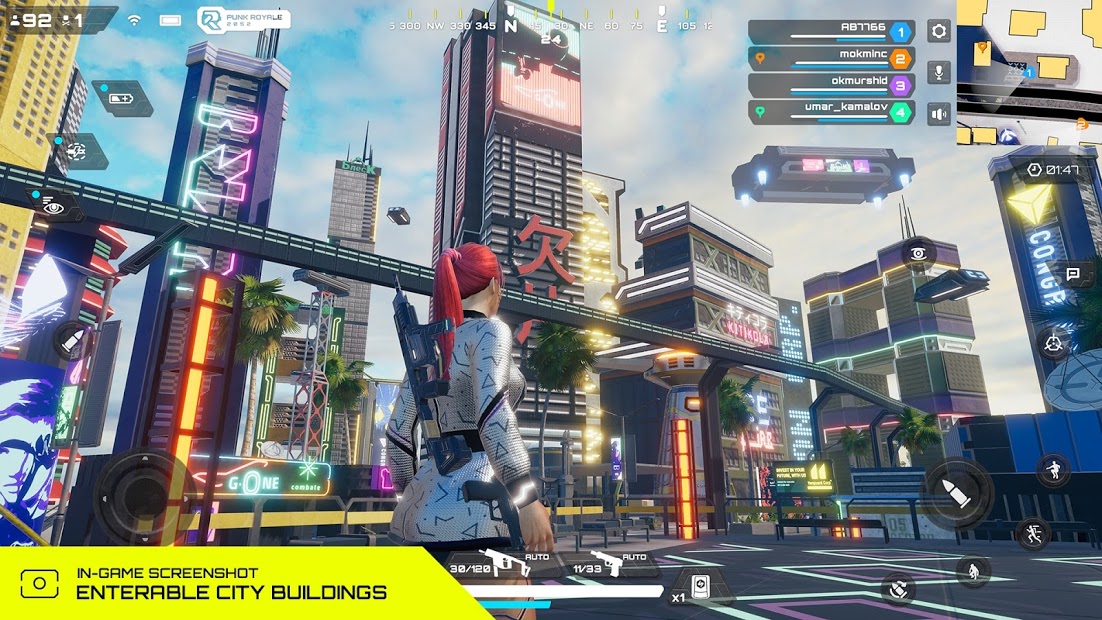