Initially released in January 2014, Re: Zero is already a cult license. Light novel with numerous sales, the work has already known several successful adaptations in both manga and anime.

However, the series still didn’t have a mobile game dedicated to him. This is about to change with Re: Zero Infinity scheduled for January 14, 2020 on Android and iOS smartphones!

The title is a card game with an original gameplay: you line up your favorite heroes from Re: Zero in teams of 3 characters. Each protagonist has his or her own skills. So it’s up to you to find the best possible combinations.

The game is a gacha, which means you’ll have to draw the lottery to get your favorite characters like Emilia. However, not all characters are the same! Make sure to keep an eye on the stars signifying their rarity and stats to be sure you’ll be able to overcome the battles of the game.

RE: Zero Infinity offers several levels with different objectives. You will be able to face several enemies and collect experience and items! Use these to find new units from the Re: Zero series or to upgrade your already possessed characters. 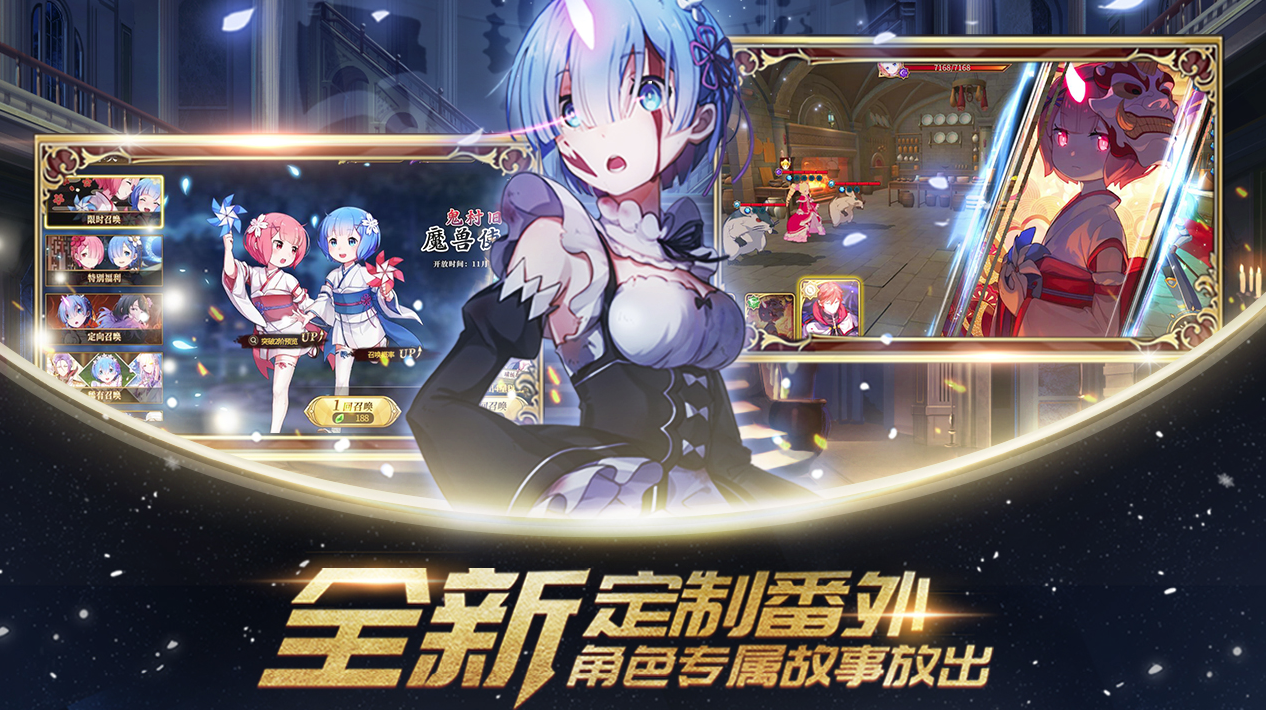