The Re: Zero license is one of the most popular manga licenses in recent years. Originally, it was a very successful light novels series until it was adapted into manga and then into anime. Re: Zero is gradually starting to have other adaptations, especially in video games.

After a first mobile opus called “Re: Zero Lost in memories” released in 2020, the saga is about to return with a brand new title: Re: Zero Kinsho. Re: Zero Kinsho is a title exclusively developed on Android and iOS smartphones by the company DDM Games.

Little information is available, but a website and a first trailer have already been released for fans of the license. There is no doubt that the title will allow us to find our favorite characters like Subaru, Émilia and many others.

We should also be able to relive the key moments of the manga through splendid cutscenes.

The title does not have a release date, but a website is already available for you to pre-register, pending a Google Play or App Store link. 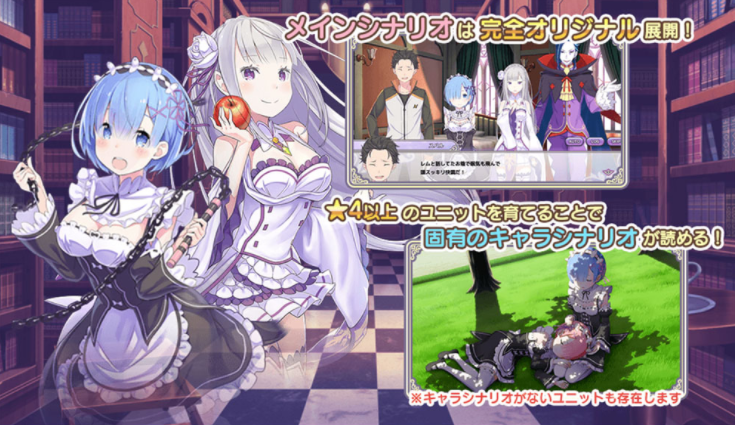