What is Super Mario Run?

Nintendo has finally decided to send Mario on mobile. His first appearance is in Super Mario Run, a runner-game in which you will have to run Mario for as long as possible.

Super Mario Run features the famous plumber in levels that saga lovers know well. Blocks to destroy, fungi and basic enemies are also on board.

Your role will be to blow up Mario at the right time to retrieve parts and kill enemies. Each world has several levels like Mario games. A competitive mode is also available where you will have to complete a course faster than your opponent.

When will Super Mario Run be available?

The game announced for December 2016, was finally released on March 23rd. However, some smartphone users under Cyanogen OS cannot download the game on Google Play. However, they can download the APK from our website without any problem.

Is the game free?

No, but a free demo version will allow you to discover Super Marion Run in a limited way.

Super Mario Run has several different modes, some of which are inaccessible in the free version. You will then have to pay a small amount of money to unlock the entire game, but perhaps an in-app purchase system will only unlock some options. 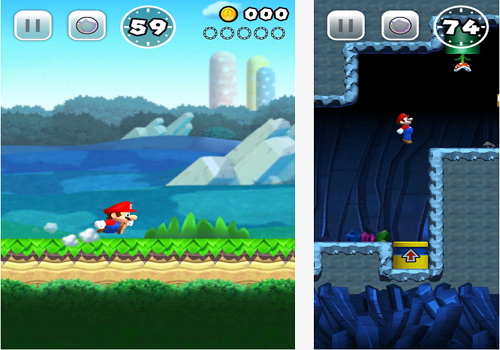