If you are a lover of online role-playing games, you may know Tera. It is one of the most played MMORPGs in the world while being free to play. Its success is such that the game has allowed the creation of other titles to create a real license on computer and mobile.

The latest addition, Tera Hero is a game available on smartphones that allows you to create your own character according to the different classes and races of the Tera universe. Your hero can then experience several adventures and battles alongside other allies of the world.

The game has a dynamic combat system that mixes several skills available for each class. So it will be up to you to learn to master your character!

The game runs on the Unreal Engine 4 which allows it to display great graphics.

Tera Hero is only available in Korea today. So have a dedicated Apple account to access it. 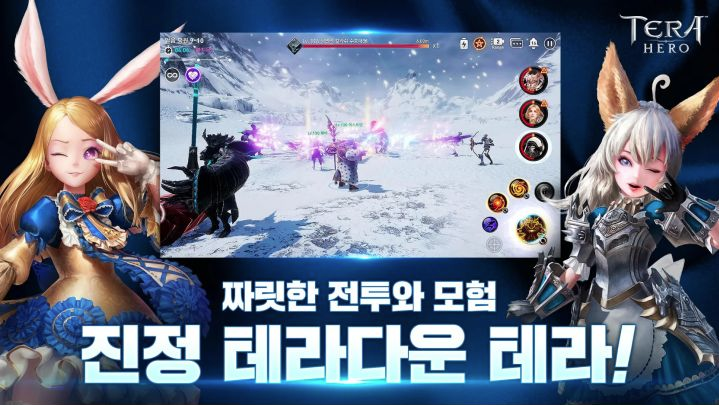