After the success of Tetris 99, the amazing Battle Royale version Tetris on Nintendo Switch, The Tetris Company and N3twork announced the upcoming release of a new opus dedicated to mobile devices called Tetris Royale.

Not much information has been released so far about how the game works, but we do know that a Battle Royale mode and a Marathon mode, both similar to Tetris 99, will be present. In addition to this, daily missions and a system of seasons will be added to offer players a unique Tetris experience.

No official date has yet been announced but the game should arrive on our smartphones in 2019, after a Beta Test phase.

The game is now available on your Android devices, but not in all countries. The apk is already downloadable, but the Google Play page is not accessible everywhere. 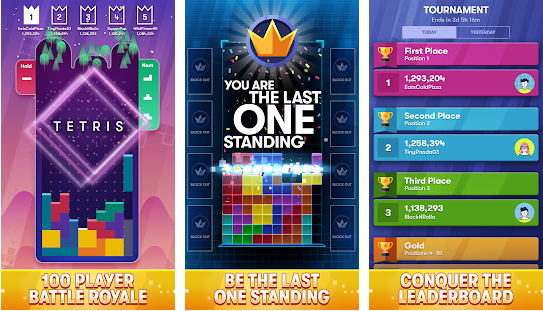