Seven Deadly Sins is a manga available in Japan since 2012 and already considered a cult by many shonen fans.

The work was even adapted into an animated TV series 2 years later, notably available on Netflix.

On the other hand, the manga has hardly ever been adapted into a video game, except for a PS4 title that was considered rather average by fans of the press.

The manga finally arrives on mobile with the game “The Seven Deadly Sins: Grand Cross” on Android and iOS smartphones.

The title has sublime 3D graphics that will plunge you into the world of manga. You’ll find your favorite characters like Meliodas and the rest of the Seven Deadly Sins.

The characters are available as cards with various statistics. Each character also has different costumes that you can collect and use!

The game is already available in Japan and Korea. Its global release is planned for 2020. 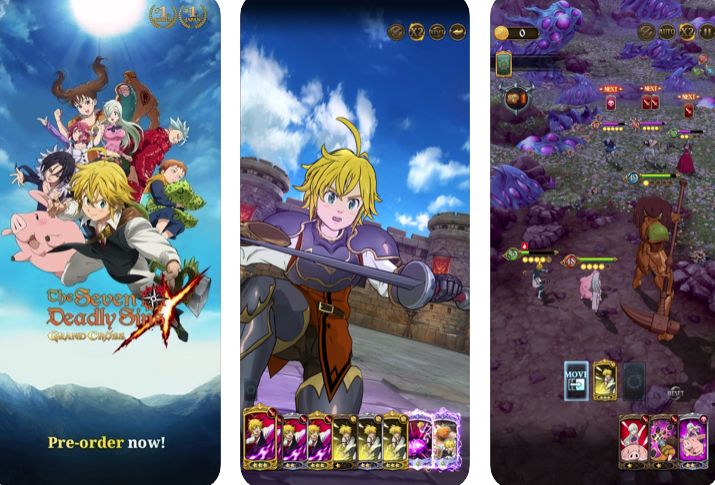