Tom and Jerry: Chase for Android

Tom and Jerry: Chase is a multiplayer action game that runs on 1V4. A single player plays the cat Tom, in charge of catching the 4 other players who each play the mouse Jerry. The mice must succeed in stealing cheese in one of the levels created especially for the game! The mouse players can then team up to win and even enjoy a built-in voice chat to fine-tune their strategies.

The action of the game is intense! You won’t have time to rest at the risk of getting caught by the cat! Each character has new skills that will help you achieve your goal! The game is free of charge and the game is fast as it only takes about ten minutes.

Players can also unlock content such as cosmetic skins for their characters!

Tom and Jerry: Chase was released in Thailand and Southeast Asia. Feel free to get a VPN to download it from Google Play, or use the apk and obb files available here. 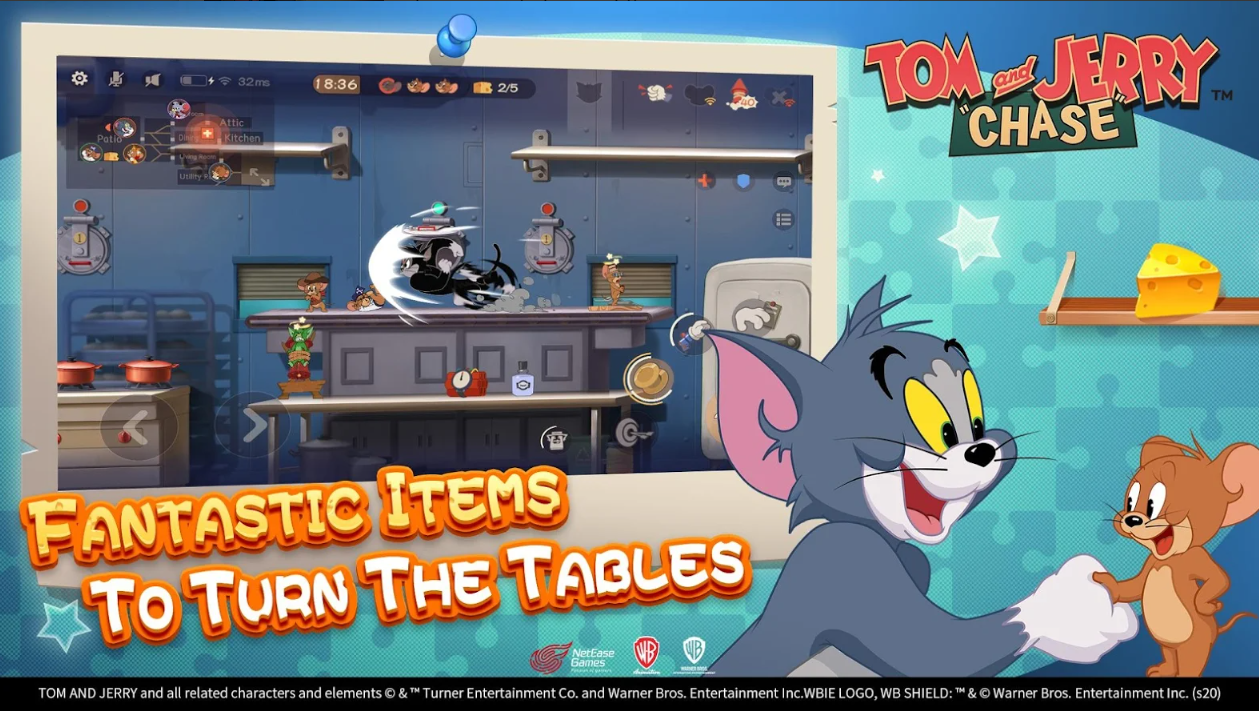