Dead Cells is a game for players who are not afraid to die and learn from their falls. Located halfway between Roguelike and Metroidvania, this platform and adventure game makes you evolve in various levels without making your life easier.

You will have to improve, die, learn, evolve to further improve your skills as a player. In this virtual world, castles abound with secret passages and hidden rooms: feel free to explore the surroundings to unlock levels, but also find these hidden places.

The equipment is also part of the game: it is up to you to wear the most appropriate and powerful clothes according to your level in Dead Cells, you will face the castle guards in a 2D setting, and will discover the sewers, but also the ramparts, the ossuaries, etc. The game has been designed to allow the best replayability.

Dead Cells has already been released on Steam in early version, it should be released in August 2018 on PC, Linux, Nintendo Switch, Mac, PS4 and XBox One. 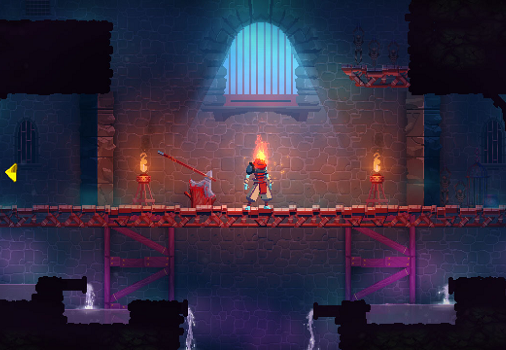