Largely inspired by Super Mario, the Super Jam Bros game released on May 9 is at the heart of a real buzz.Indeed, the heroine of the game is none other than Nathalie Loiseau, former Minister for European Affairs and current head of the 2019 Republic in Progress (LREM). The concept is quite surprising since it retraces the path of the politician in the face of her main opponents.

The game system is quite similar to the games in the Super Mario saga. Indeed the game is divided into several stages that will have to be completed in order to recover stars. There are also many bosses such as Marine le Pen, Donald Trump or Jean Luc Mélenchon, who will have to be defeated with the ultimate goal of recovering and saving the 12 stars of the European Union. Super Jam Bros‘ graphics and music inspired by games like Tetris plunge the player into the world of retrogaming, making it a nostalgic experience for fans of this universe.

Behind the production of this game is the Macron Youth Movement (JAM), which has collaborated with the German company AdAsGame to integrate HTML5 into the game, allowing it to work on all browsers.

Please note that Super Jam Bros is available for free and that several updates are coming soon. 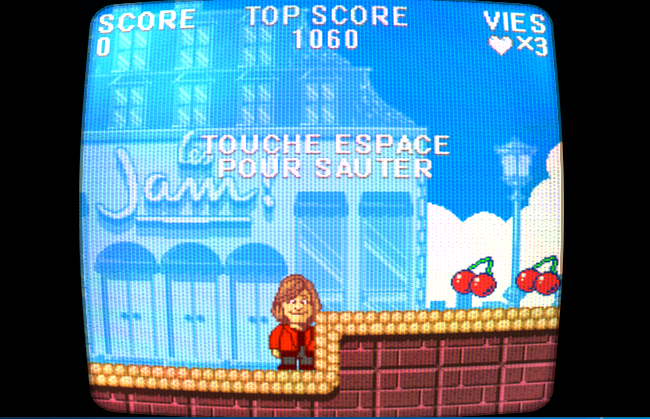