Already used by thousands of companies in more than 150 countries, Checkmarket is a software that allows you to create surveys and distribute them via several channels (by email, SMS, paper, on the web or via social networks such as Facebook, Linkedin or WhatsApp).

Checkmarket can also be used to conduct surveys via telephone, via a dedicated multimedia terminal or on mobile phones (QR code). This wide range of channels makes it possible to collect data quickly, especially since it is possible to significantly increase the response rate to surveys by using several channels together.

The user benefits from a user-friendly interface in which he can easily create and modify surveys. The survey editor has a text tool (HTML) and supports about 40 languages. The software also has a library in which are stored the multimedia resources required to customize surveys. 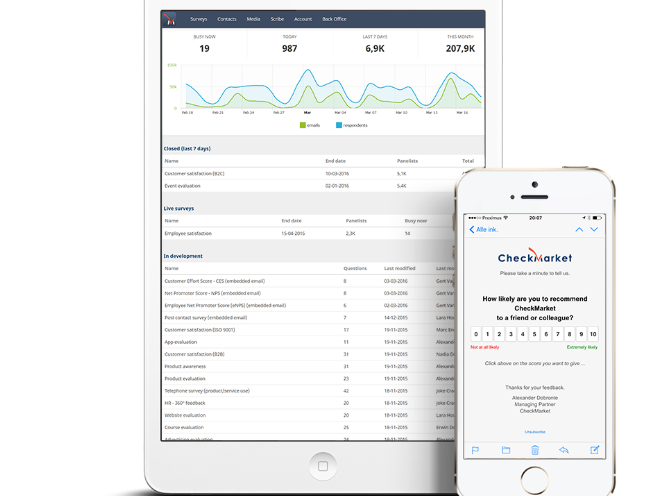