ANJAV Antivirus is clearly not the most well known antivirus. It comes from Indonesia. Its editor presents it as a free solution whose objective is to complete the protection of your Windows system. In its 2019 version, ANJAV Antivirus is able to detect common threats such as keyloggers, spyware, botnets, Trojans, and cryptomers.

Its interface is very simple and lists the essential features of the program in a single window. ANJAV Antivirus has three scanning modules that allow you to scan your system completely, perform a custom scan or submit a specific file directly.

ANJAV Antivirus also includes a series of shortcuts to the main Windows utilities such as the task manager, registry editor and command prompt. 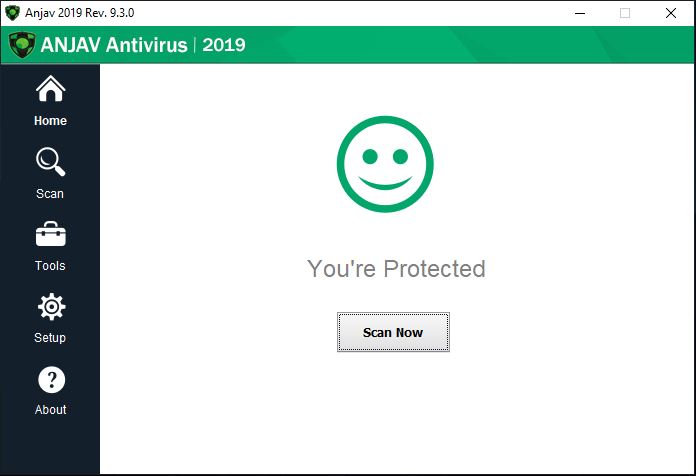