Avast is certainly one of the most famous free antivirus and its publisher, Avast Software, never stops progress. To prepare the new version, a version called Avast Antivirus Free 2020 is available to show the new features concocted by the publisher.

Thus, this version of Avast Free Antivirus offers an interface that has been completely redesigned and adopts a vertical bar on the left that acts as a menu. In general, the elements have been moved a little to allow easy access to all parameters.

The SafeZone module for online payments has been improved and a new feature called DeepScreen replaces the old Sandbox to provide better protection against files from unknown sources. Finally, to counter boot problems, you have the possibility to create a bootable CD with the Rescue Disk module.

There is also a Gaming mode that allows you to turn off all Windows notifications and allocate your computer’s power to improve its performance during your game sessions. 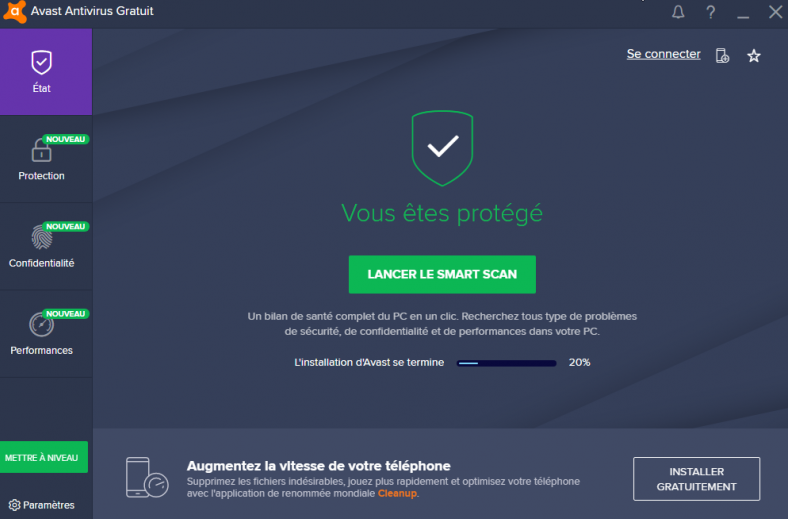