DEROLLATION OF A PARTY : After a classic draw, the computer and the player place one counter at a time on one of the free squares of the board. When the Axis counter is located on a horizontal, vertical or diagonal axis that already has at least 3 pieces of its color, the player or computer “takes” this axis, i. e. it adds as many pieces as the axis has solid or empty squares; the pieces “taken” from the opponent on this axis are deducted from his score. The Axis counter placed at the time of a move can decide to take several axes at the same time as long as the “take” condition is met on each of the axes where the Axis counter is located (4 pieces at least). The 4 counters on the gripping axis do not need to be placed consecutively to make a take. Part of Axis ends when all the squares on the board are equipped with counters. The player or computer with the highest score is declared the winner of the round. A complete game of Axis is played in 6 winning rounds. 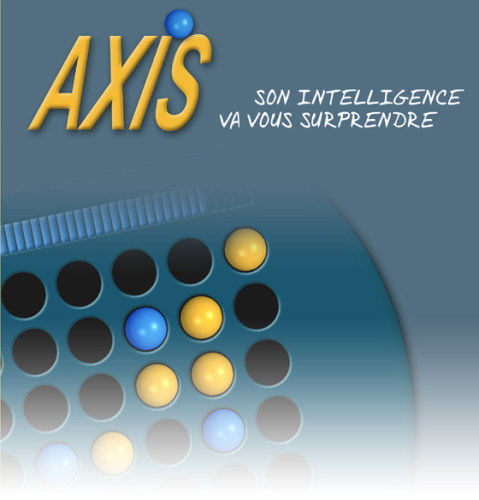