Borderlands 3 is a game announced for September 2019. This is the third part of the Borderlands series, a first-person shooting game with role-playing elements. It will always be a question of controlling one character among a team of 4 to eliminate many opponents and be able, thanks to this, to collect new items and especially new weapons.

According to the images, Borderlands 3 will still be in cel-shading and it should continue to offer a crazy universe and characters more original than each other. Several editions of the game have already been unveiled and, initially, Borderlands 3 will only be available on PC via the Epic Game Store. The game is expected to be released in September 2019. 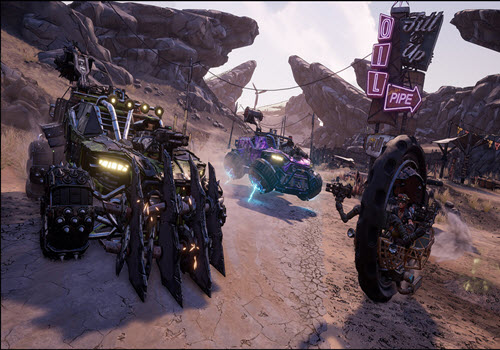