Brave Browser is an alternative browser to the big names Mozilla Firefox and Google Chrome. This browser, whose project was set up by a former Firefox employee, relies on security. It is based on the open source Chromium project that created Chrome.

The browser blocks ads and this is not a test

Brave has decided to revolutionize the way publishers are paid and does not take gloves to achieve this. Indeed, one of the particularities of the software is that it replaces the display of advertisements of large advertising agencies with… nothing at all! Yes, the sites are thus deprived of default revenues, which will eventually make them disappear.

Then why are we talking about it? Because Brave Browser offers an alternative compensation system: The user contributes to a cryptocurrency called BAT, and chooses to reward deserving sites by sending a tribute once or regularly to his favorite sites.

But that’s not all, because Brave also disrupts research.

Brave has decided to replace its default search engine (Google) with the French search engine Qwant. This reinforces the publisher’s desire to do without Google and all the brand’s products, which are hegemonic on the web.

Otherwise, the browser offers the same functionalities as Chrome and is intended to be faster than its “competitor”, which we leave to your discretion. 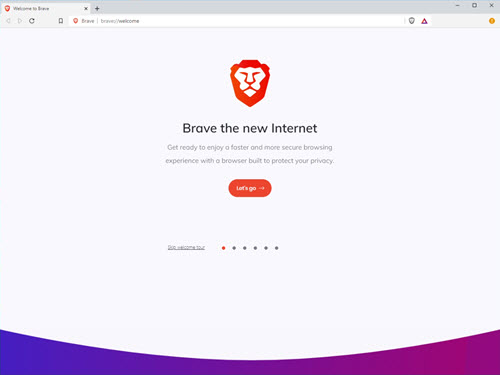