The draw for the Round of 16 of the Champions League took place on Monday 16 December in Nyon. The least we can say is that these eighths offer us some very beautiful posters. While PSG face Borussia Dortmund, Real Madrid, second in their group, inherit from Manchester City.
Liverpool, meanwhile, will face Atletico Madrid. Griezmann’s former club will have a lot to do against Mohamed Salah and Sadio Mané more confident than ever. Moreover, our national Grizou should (normally) qualify against a Napoli in crisis. It must be said that the team’s star, Lionel Messi, is in sparkling form.

As for Lyon, we can say that the black series continues. The club found themselves facing Ronaldo Juve without Depay and Queen Adelaide, both seriously injured. In other words, the task is going to be very difficult.

You will find all the dates of the different matches in these Round of 16 matches in the official calendar provided by UEFA. The latter is in PDF format and is compatible with all mobile or PC readers. 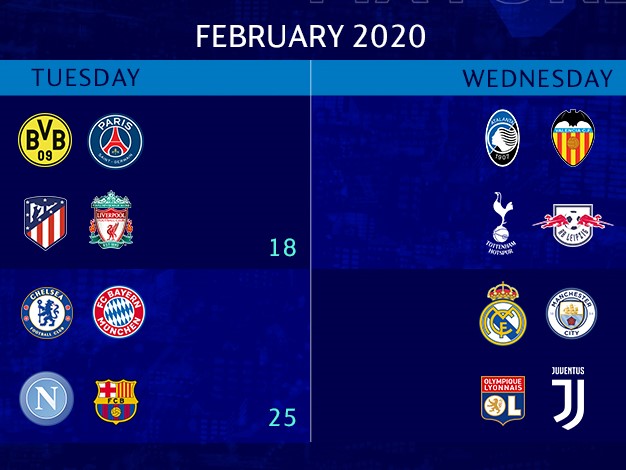