Welcome to a dystopic world in which the independence of humanoid robots threatens society.

Developed by the Polish studio CD Projekt RED, to whom we owe in particular the series The Witcher, Cyberpunk 2077 is a futuristic and open-world RPG. The developers were inspired by the paper role-playing game of the same name.

The title of the game takes its name from the cyberpunk genre related to science fiction and dystopia. Cyberpunk takes place in a futuristic world, in an imaginary and technologically advanced society. All the characters are anti-heroes, disillusioned and greedy, who have given up on achieving happiness.

Cyberpunk 2077 has no official release date yet but many speculate about 2020. Anyway, you can already admire the trailer of a game that looks great, if not violent and beautiful.

The first images of the game speak for themselves. However, there is no indication of what type of machine will be able to run this role-playing game when it is released.

Read our test of Shadow PC, the PC in the Cloud 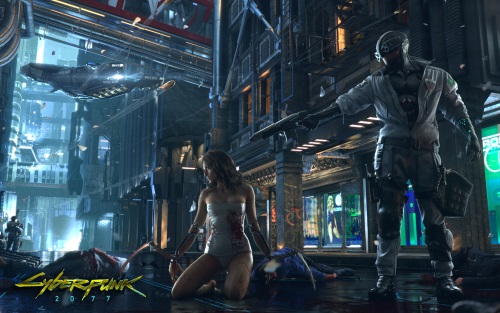