Diablo III is a hack’n slash video game developed by Blizzard Entertainment. Immersed in the medieval and fantastic world of Sanctuary, the story begins in the kingdom of Khanduras 20 years after the events recounted in Diablo II and Diablo II: Lord of Destruction. More precisely, the game begins in Tristram Cathedral with Deckard Cain and his niece Leah. Suddenly, a mysterious star crashes into the monument creating a deep crater, in which Cain disappears… That’s when your adventure begins: you arrive in the village of Tristram to investigate this star, Cain’s disappearance and to find all the fragments of his broken sword. Your quest will not be easy. Indeed, many demonic beings also covet the fragments of the sword….

Diablo III consists of 4 successive acts at the end of which the player will have to defeat a particular demon. Like Diablo II, monsters, treasures and other items that the player can find are generated randomly with each new game load. However, the map may remain unchanged in some areas such as the portals activated by the player in previous games. The game has 4 levels of difficulty: normal, nightmare, hell and Armageddon. Of course, objects are more powerful depending on the level like monsters that become much stronger. The game also offers 5 playable classes: the barbarian and 4 new classes including the wizard, the fetishist, the demon hunter and the monk. Each class is unique and has a character-specific resource system and very different game mechanisms.

The clean interface of the game is divided as follows:

Note that unlike Diablo II, Diablo III is only a multiplayer game on battle.net servers. However, a player can create up to 10 characters. 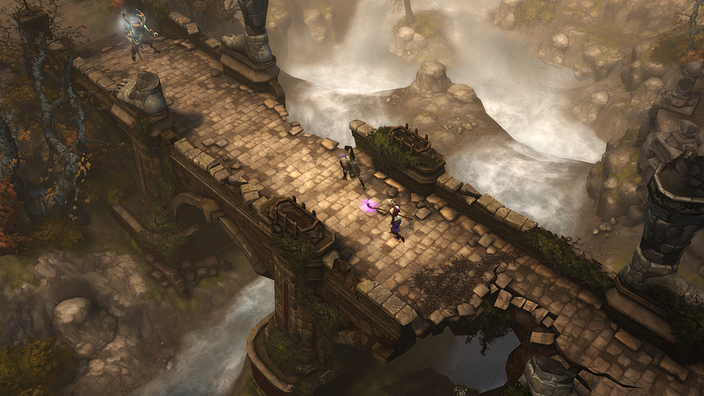